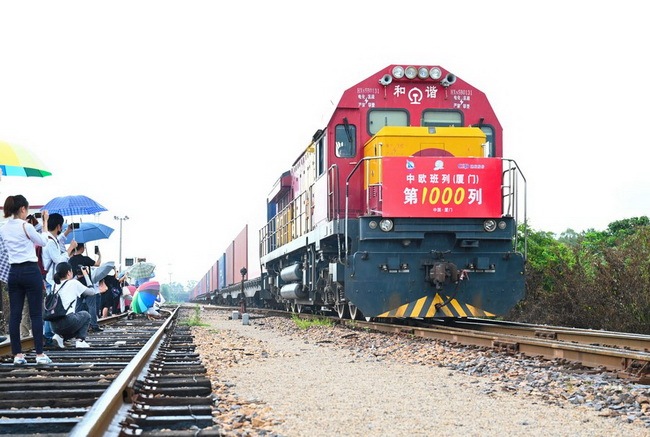 With 50 carriages loaded with daily necessities, auto parts and other goods, the X8098 train left the Haicang station of Xiamen for Germany Wednesday morning, bringing the number of train trips of such service to 1,000.

Last year, the city handled 24,112 TEUs of goods via the China-Europe freight train service. The weight and worth reached 142,400 tonnes and 962 million U.S. dollars, up 59 percent and 40 percent year on year, respectively.

To date, Xiamen's rail cargo service has linked the city with more than 30 cities in 12 countries of Europe and Central Asia.