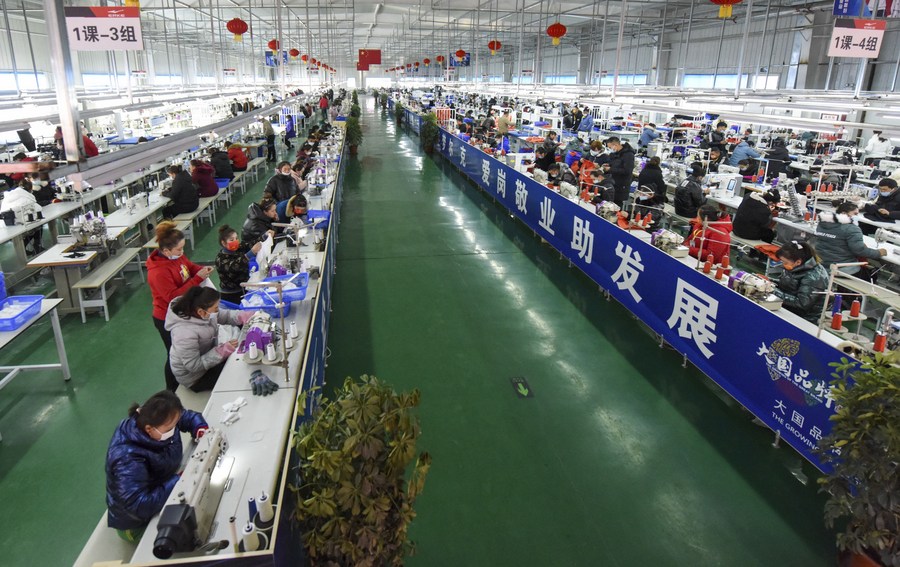 Photo shows an interior view of a workshop at the production base of Erke in Tianjin industrial park in Yutian County, northwest China's Xinjiang Uygur Autonomous Region, Jan. 13, 2022. (Photo: Xinhua)

URUMQI, July 27 (Xinhua) -- Northwest China's Xinjiang Uygur Autonomous Region saw the added value of the secondary industry increase by 5 percent year on year in the first half year, with coal, oil and natural gas, and non-metallic mineral products industries as the main driving force, according to local authorities.

Hao Junqing, deputy director of the regional statistics bureau, said at a press conference Tuesday that the added value of coal mining and washing industry increased by 33.2 percent year on year in the first half year, while that of oil and gas exploration industry increased by 6.7 percent, and that of non-metallic mineral products industry leaped 10.3 percent during the period.