China's Xuelong, polar icebreaker, collided with an iceberg on its 35th Antarctic research mission due to thick fog, said China's Ministry of Natural Resources Monday on its website. 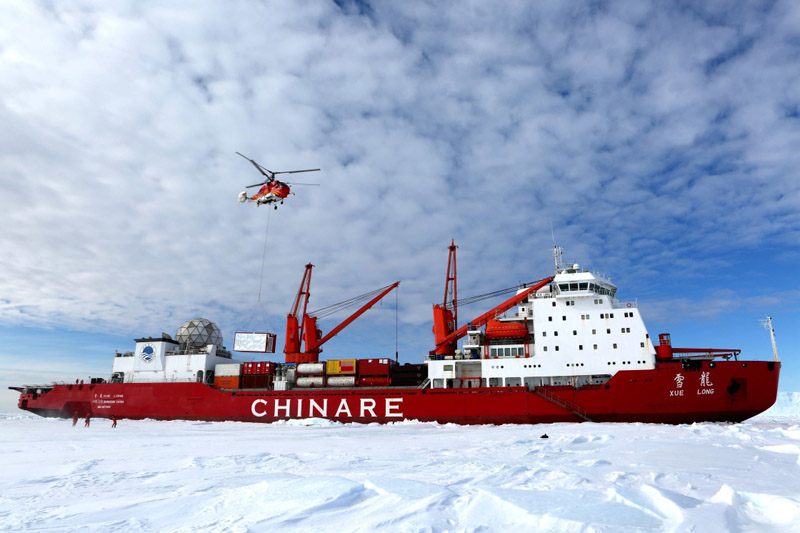 Members of the research team use the helicopter to unload cargo at the roadstead off the Zhongshan station in Antarctica, Dec. 1, 2018. (Photo: Xinhua)

No staff aboard was injured during the collision. Xuelong research icebreaker is now under good conditions.