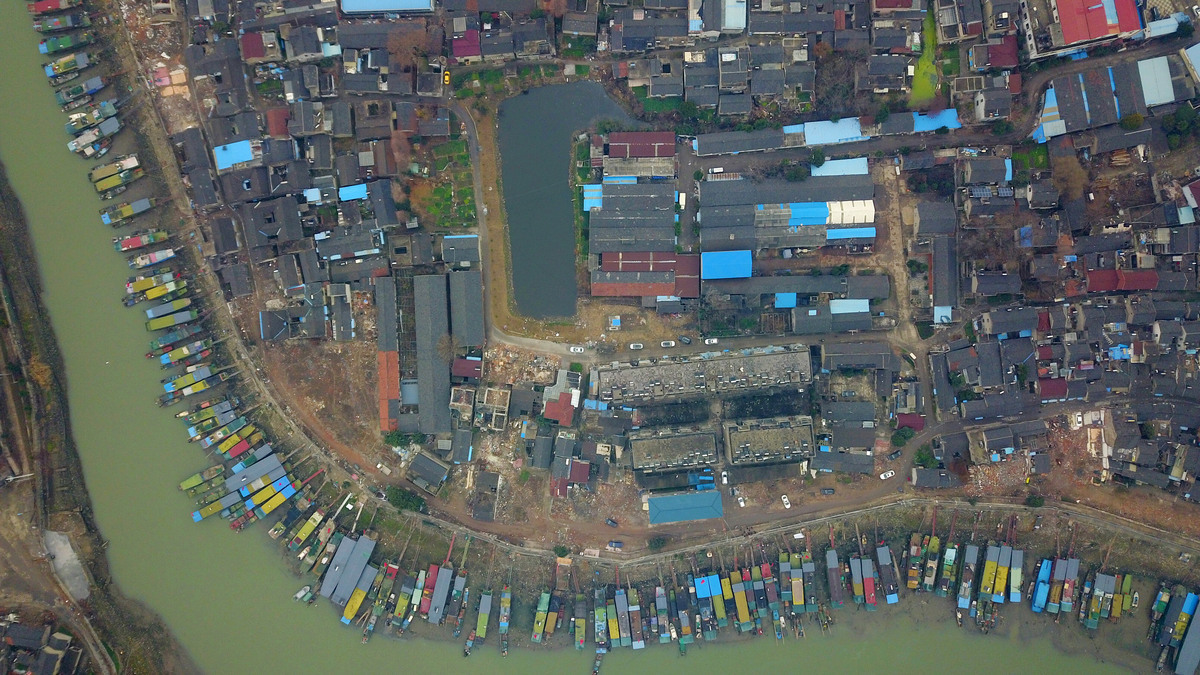 Fishing boats are moored along the bank of the Yangtze in Jiangsu in January, when a 10-year-fishing ban was introduced by the central government. (Photo: Meng Delong/China Daily)

WUHAN, Aug. 14 (Xinhua) -- Yangtze River, China's longest, has recorded the fourth flood of the year in its upper reaches after a spell of heavy rainfall, authorities said Friday.

The flood was triggered by rising water levels in the river's tributaries along the upper reaches, leading to a rapid increase of flow into the Three Gorges reservoir.

The commission called on the provinces and cities along the Yangtze River to spare no efforts in preparing for the flood.