ZHENGZHOU, Aug. 25 (Xinhua) -- China's Yellow River is undergoing its sixth flood of the year due to continuous rainfall, the Yellow River Conservancy Commission, within the Ministry of Water Resources, said on Tuesday. 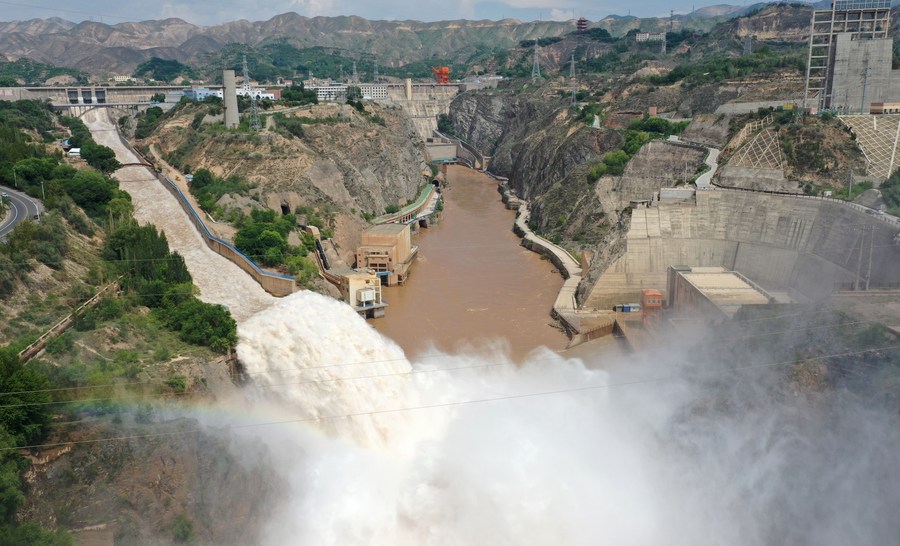 Due to the inbound water flow and recent heavy rains, the amount of water flowing per second at the Tongguan hydrologic station in northwest China's Shaanxi Province has increased to 5,230 cubic meters, the commission said.
The commission issued a blue alert for flooding, asking local governments along the Yellow River, China's second-longest, to continue monitoring the situation.
China has a four-tier, color-coded warning system for flooding, with red representing the most severe, followed by orange, yellow, and blue.