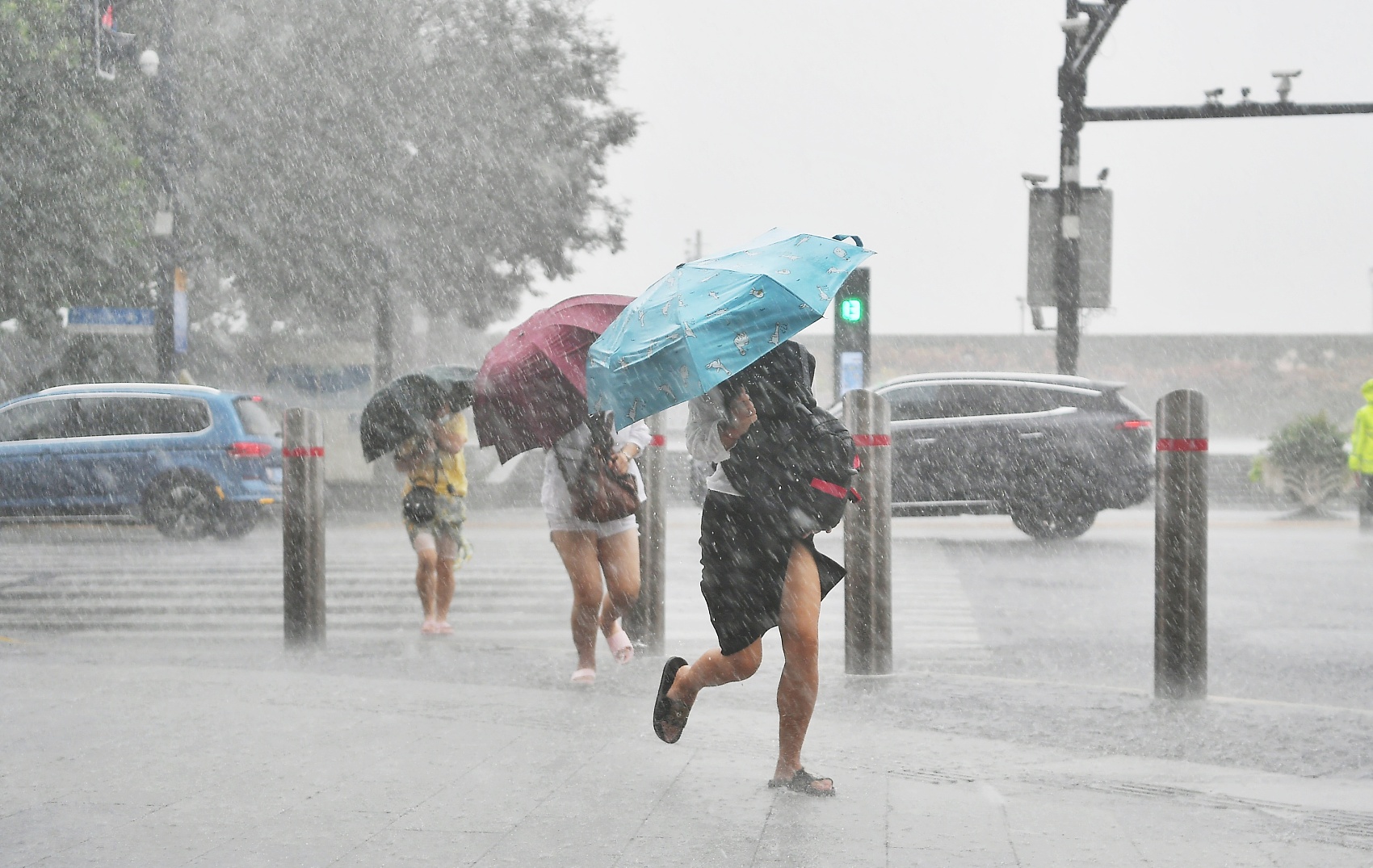 The Zhejiang provincial meteorological observatory issued a warning on Sunday saying that the 14th typhoon of the year is expected to make landfall in the province's coastal areas between Zhoushan and Ningbo, or pass through Zhoushan Islands during daytime Monday.

The provincial flood control and typhoon and drought relief headquarters have upgraded the typhoon emergency response to Level II, and local governments are urged to make preparations against floods and step up the evacuation of people in areas exposed to danger.

According to the provincial department of agriculture and rural affairs, as of Sunday noon, all fishing boats in Zhejiang, numbering more than 10,000, except those in safe waters, have returned to port, and over 4,000 people involved in mariculture have been evacuated.

The meteorological observatory of Shanghai also issued an alert for the typhoon, which is expected to land in the southern part of the city Monday evening and bring strong gales and heavy rain on Monday and Tuesday.

The observatory has advised residents to avoid going out unless necessary.

China's national observatory on Sunday continued the orange alert for Typhoon Chanthu. At 9 a.m. Sunday, the center of Chanthu moved to waters off eastern Taiwan, at 24 degrees north latitude and 122.4 degrees east longitude, according to the National Meteorological Center.

China has a four-tier color-coded weather warning system, with red being the most severe, followed by orange, yellow and blue.