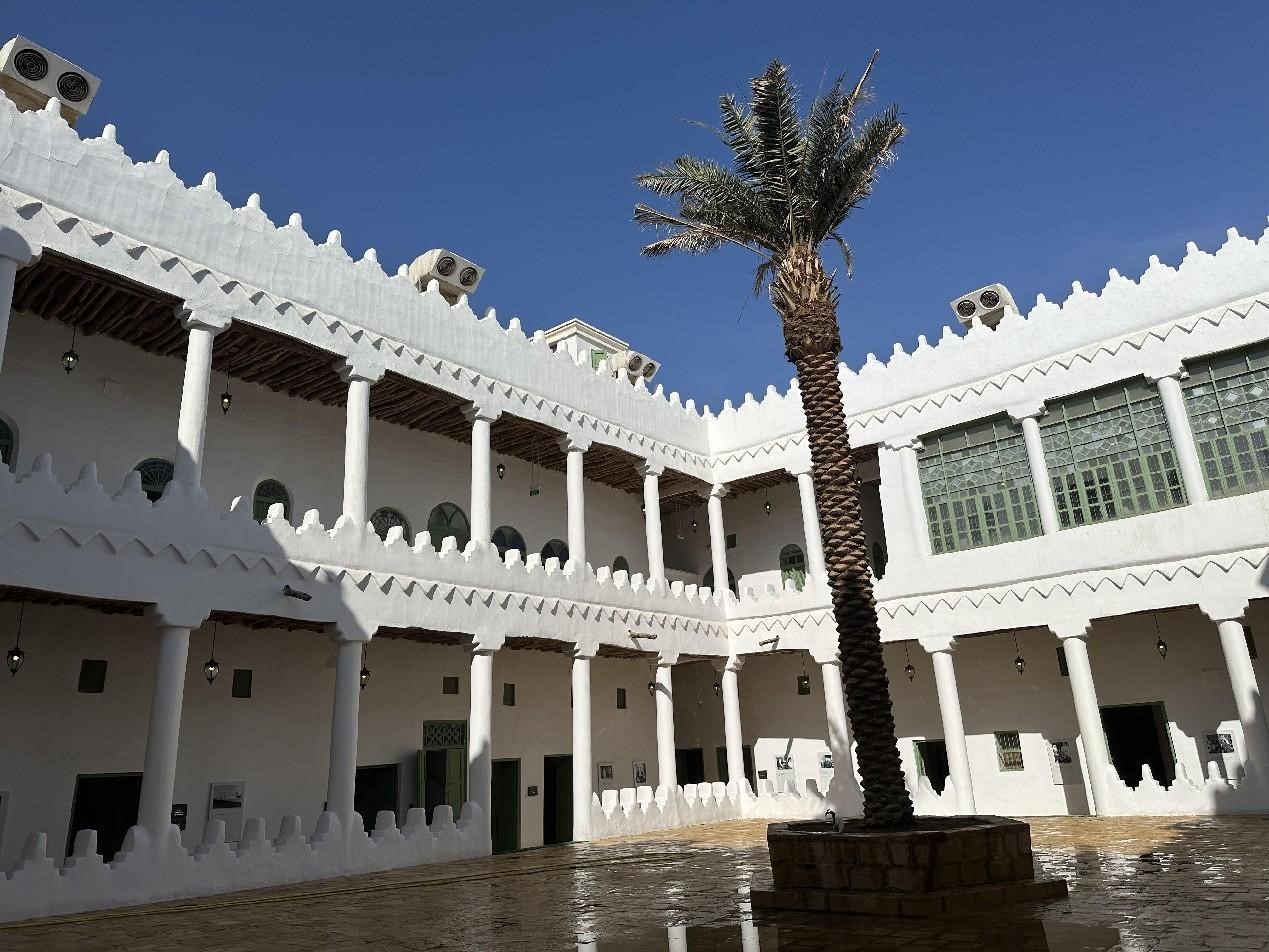 The Murabba' Palace, also known as the Qasr al Murabba, which means "the square" in Arabic, is a two-story structure in the southwest corner of the yard of the national museum in Saudi Arabia's capital Riyadh.

It is a witness to the China-Saudi Arabia friendship.

"I was honored to receive President Xi together with King Salman bin Abdulaziz Al Saud," said Abdullah S. Alotaibi, director of the King Abdulaziz Memorial Hall and the Murabba' Palace.

Alotaibi still remembers every detail of the visit more than six years ago.

According to him, Xi watched Saudi folk performances such as sword dance, tasted traditional Arab coffee and cuisine, and visited the exhibition hall of the life of King Abdul Aziz Ibn Saud, who founded the Kingdom of Saudi Arabia in 1932.

Alotaibi said Xi always nodded with a smile on his face during the visit, which was very impressive.

A year later, King Salman bin Abdulaziz Al Saud visited China. Xi held talks with him at the Great Hall of the People in Beijing. After the talks, the two heads of state attended the closing ceremony of an exhibition titled Roads of Arabia: Archaeological Treasures of Saudi Arabia held at the National Museum of China.

The exhibition displayed over 400 pieces and sets of cultural relics, demonstrating the profound culture of Saudi Arabia. 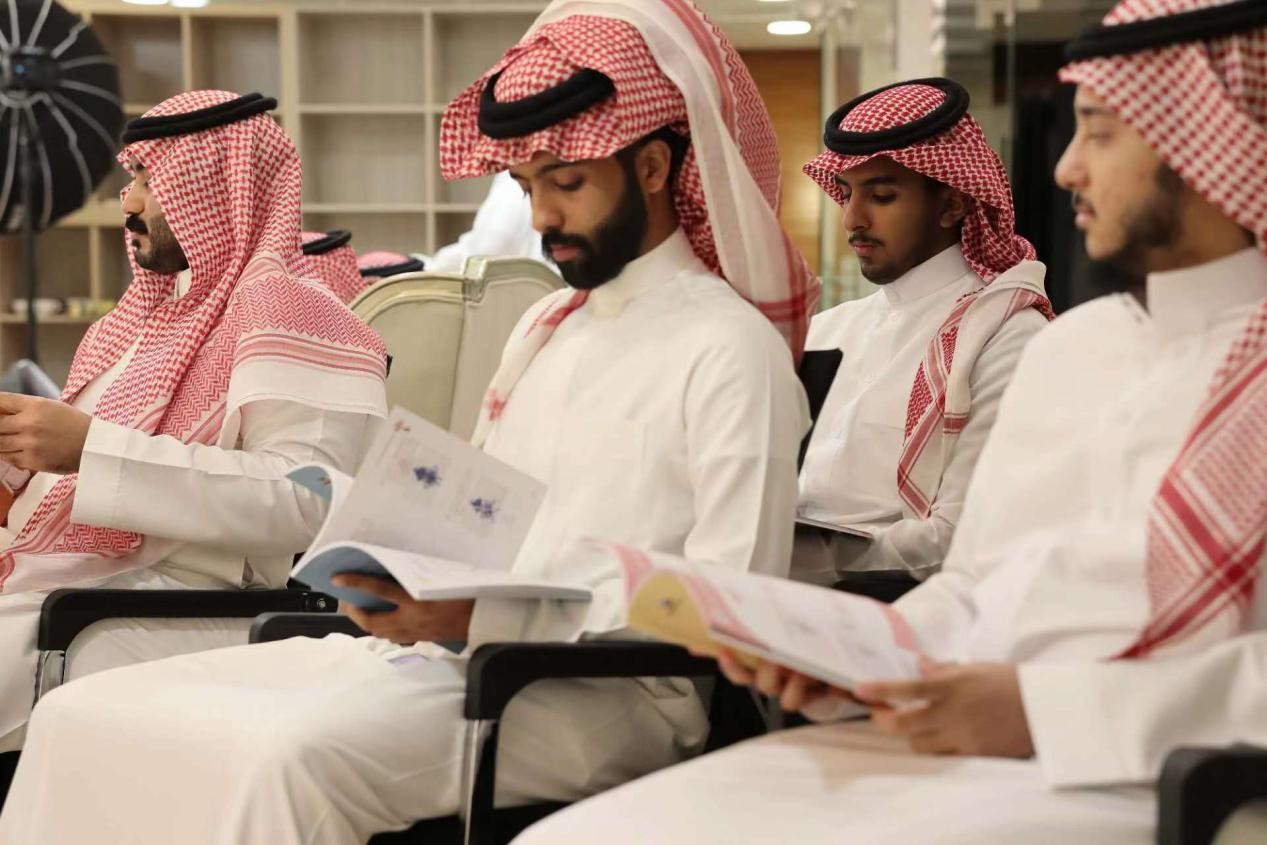 Xi pointed out that the exhibition was a result of the two sides' efforts to promote cultural dialogue and enhance cultural exchanges, and mirrored the comprehensive strategic partnership between China and Saudi Arabia.

He stressed that China and Saudi Arabia should develop a framework of cultural exchanges featuring liveliness, diversity and harmonious co-existence, so as to lay a solid people-to-people and cultural foundation for the cooperation between the two countries.

Over the recent years, the two countries have witnessed steady progress in cultural exchanges. They have launched activities such as joint archaeological excavations, Chinese language education, the Saudi-Arabia Cultural Week, and calligraphy exhibitions.

Recently, a special experience activity was held at an institution teaching the Chinese language in Riyadh. Students from local universities and enthusiasts of Chinese culture made and tasted Chinese food and shared their opinions on Chinese culture.

Abdulaziz Shabani, an expert on China from Saudi Arabia who attended the activity, told People's Daily that more and more people in Saudi Arabia hope to learn Chinese and understand the country.

Today, there are more schools and social institutions in Saudi Arabia teaching Chinese. Educational departments, universities and relevant institutions from China and Saudi Arabia are also cooperating on the textbook compilation, as well as students and faculties exchanges.

In January 2020, eight middle schools in three provinces in Saudi Arabia started teaching Chinese. This year, the country's Ministry of Education planned to set up Chinese language courses in 746 schools.

A former Counsellor for Cultural Affairs of the Embassy of Saudi Arabia in China noted that communication among civilizations starts with language. Many Chinese universities have set up Arabic language majors, and Saudi Arabia has also included Chinese in its national educational system.