China says it is of vital significance to implement three-child policy, supporting measures

It is of great significance to implement the three-child birth policy and supporting measures in China to further adapt to the new changes in the population structure and the requirements for high-quality development, according to a decision released on Tuesday. 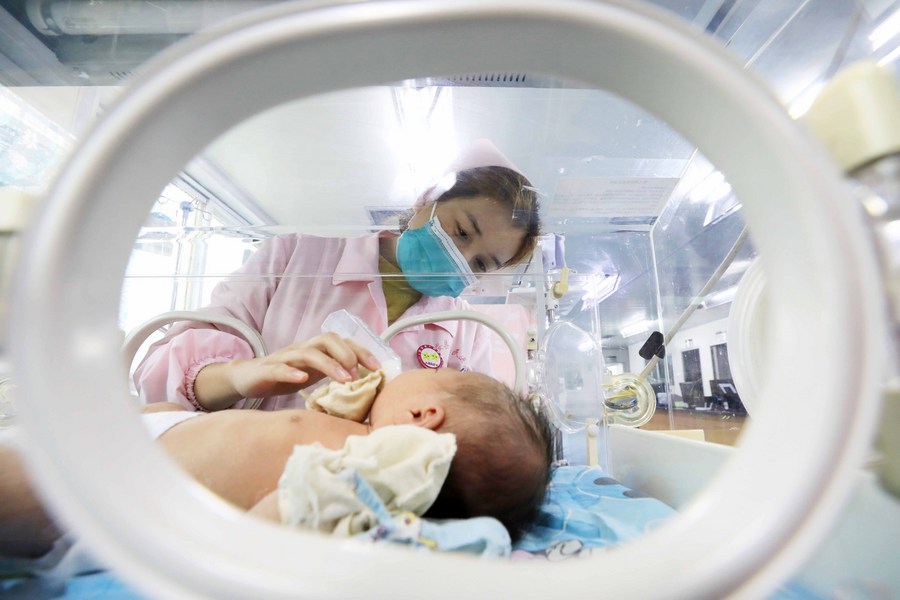 A nurse feeds a newborn at the neonatology department of the People's Hospital of Rong'an in South China's Guangxi Zhuang autonomous region, Jan 1, 2021. (Photo: Xinhua)

The three-child policy and supporting measures will be conducive to improving China's demographic structure and implementing the national strategy of actively responding to population aging, says the decision.

The document on improving birth policies to promote long-term and balanced population development allows a couple to have three children and draws up supporting measures to encourage births.

The decision, dated June 26, 2021, was made by the Communist Party of China Central Committee and the State Council.

The three-child policy and supporting measures, according to the decision, will help maintain China's advantage of human resources in the face of the world's profound shifts unseen in a century.

They will also help alleviate the downward trend of China's overall birth rate to maintain an appropriate fertility rate and consolidate the achievement of building a moderately prosperous society in all respects, says the decision.

By 2025, China will basically establish a policy system that actively supports births with better services and lower costs in child bearing, care and education. The gender ratio of newborns will be more balanced and the population structure will be improved, according to the decision.

By 2035, the country will further improve its policies and regulations securing the stable long-term population development, as well as its population structure, says the decision.