China says it's not joining a trilateral arms control treaty

China has dismissed the possibility of joining a trilateral nuclear weapons agreement with the U.S. and Russia, according to Chinese Foreign Ministry spokesperson Geng Shuang on Tuesday. 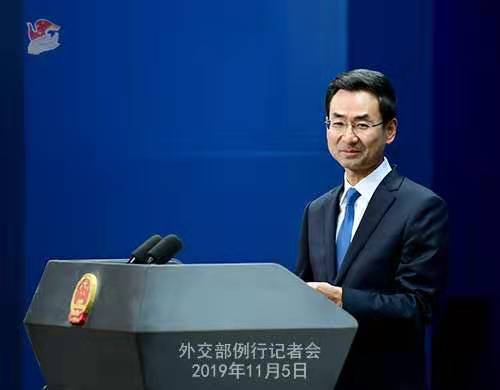 Geng reiterated that the precondition for a trilateral arms control treaty does not exist.

The statement is a response to U.S. President Donald Trump's remarks on Monday, which claimed that the U.S. is in talks with both China and Russia on arms control and nuclear weapons in particular.

Geng rejected the negotiations and questioned the U.S.' intention of pushing China to join the treaty.

He urged the U.S. to perform its duty on nuclear disarmament to create conditions for other countries to join the multilateral negotiations.