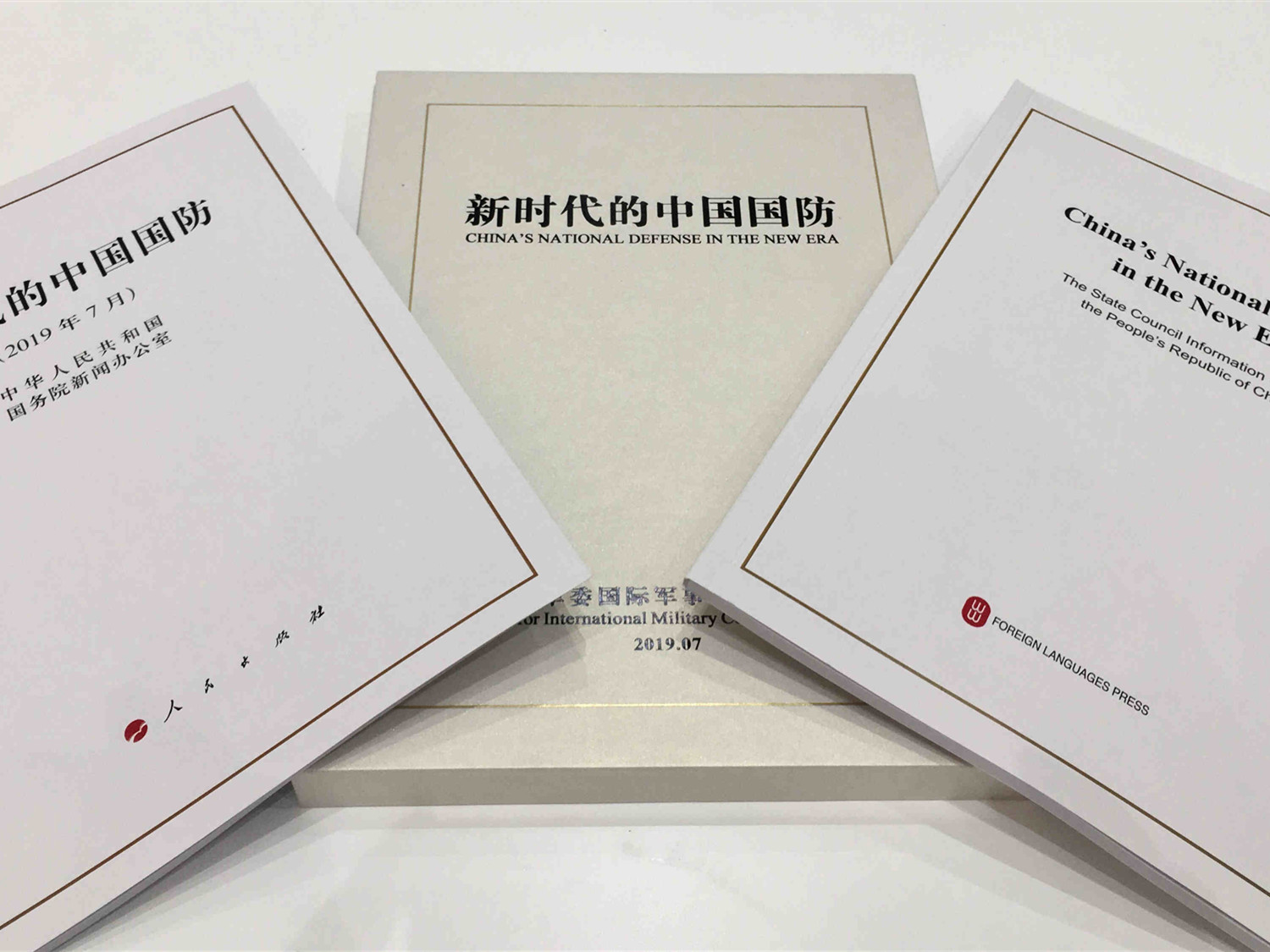 "This is the distinctive feature of China's national defense in the new era," said the white paper released by the State Council Information Office.

Titled "China's National Defense in the New Era," the white paper expounded on the country's defensive national defense policy and explained the practice, purposes and significance of China's efforts to build a fortified national defense and a strong military.

The 27,000-character white paper is the 10th of its kind since 1998 and the first comprehensive one since the 18th National Congress of the Communist Party of China in 2012.

China pursues a national defense policy that is defensive in nature, which is determined by its socialist system, strategic decision to follow the path of peaceful development, independent foreign policy of peace and cultural traditions, the white paper said.

The fundamental goal of China's national defense in the new era is to resolutely safeguard China's sovereignty, security and development interests, according to the white paper.

"China firmly believes that hegemony and expansion are doomed to failure, and security and prosperity shall be shared," it said.

The white paper shows the transparency of China's strategic intentions, and will help reassure countries worrying about China's development and shatter the fabricated "China threat theory," said Shi Qingren, an associate research fellow with the Academy of Military Sciences (AMS).

Defense expenditure as a percentage of GDP has fallen from 5.43 percent in 1979 to 1.26 percent in 2017. It has remained below 2 percent for the past three decades.

From 2012 to 2017, China's average defense expenditure, as a percentage of GDP, was about 1.3 percent, ranking the lowest among the permanent members of the UN Security Council.

The white paper disclosed information about the People's Liberation Army Djibouti Support Base, the organization of different services of the armed forces, details on the deployment of cutting-edge weaponry and equipment, as well as the building of infrastructure and deployment of necessary defensive capabilities on the islands and reefs in the South China Sea.

Concrete facts, figures and tables have given more information to the readers and enhanced the white paper's transparency and cogency, according to AMS researcher Cao Yanzhong.

The white paper proposed for the first time that actively contributing to the building of a community with a shared future for mankind is the global significance of China's national defense in the new era.

"Peace, stability and prosperity in China present opportunities and benefits to the rest of the world," said the white paper. "A strong military of China is a staunch force for world peace, stability and the building of a community with a shared future for mankind."

China's armed forces have provided a number of public security goods to the international community to the best of their capacity, including the UN peacekeeping operations, vessel protection operations, international efforts in humanitarian assistance and disaster relief.

Committed to the principle of win-win cooperation, China's armed forces will fulfill their international responsibilities and obligations, it said.