China is ready to stand together with its African brothers, including Ethiopia, until COVID-19 is defeated on the African continent, Chinese State Councilor and Foreign Minister Wang Yi said on Monday in a phone call with Ethiopian Foreign Minister Gedu Andargachew.

With the spread of COVID-19 throughout Africa, Wang said, China has stepped up to offer multiple batches of supplies in support to African nations' fight against the pandemic.

The Ethiopian side has helped China greatly with supplies transfer and distribution, which shows Ethiopia's leadership and sense of responsibility as a major African country and demonstrates the solidarity and coordination between China and Africa in the joint fight against the pandemic, Wang said.

Noting that China has been a trustworthy good friend and good partner of Ethiopia, Wang said that China has offered large quantities of urgently-needed supplies to Ethiopia through various channels and fully supported Ethiopia's fight against the pandemic.

China is willing to take the opportunity of the 50th anniversary of the China-Ethiopia diplomatic relationship this year to push the all-round cooperation between the two countries to higher levels, Wang said. 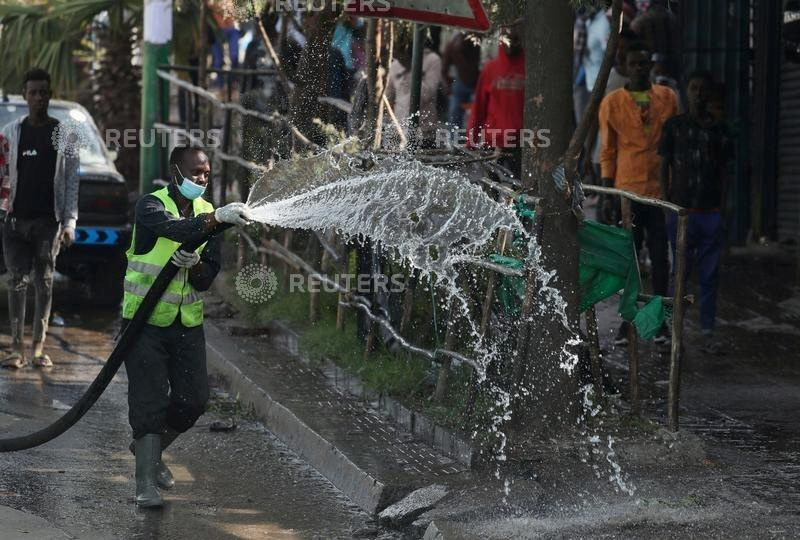 A worker sprays disinfectant as part of measures to prevent the spread of COVID-19 in Addis Ababa, Ethiopia, March 29, 2020. /Reuters

Wang pointed out that the China-Africa friendship has weathered the tests of vicissitudes in the international arena, saying that China's friendly policy towards Africa has never changed and will never change.

In the fight against the pandemic, China and Africa need solidarity and mutual understanding more than ever, he said.

He also said that some countries are trying to blame China for their own mishandling of the outbreak, adding that those moves will surely be resisted and opposed by the international community, African countries included.

Andargachew said that the development of the Ethiopia-China relationship has maintained sound momentum and there is always mutual support and understanding between the two peoples.

He congratulated China on its successful handling of the outbreak and expressed appreciation over the generous help by the Chinese government and enterprises to African countries, including Ethiopia, which fully demonstrates the solidarity and friendship between China and Africa, he said.

Noting that the World Health Organization (WHO) and its Director-General Tedros Adhanom Ghebreyesus have been playing an important leading role in the fight against the pandemic, he said that they deserve broad support from the international community. 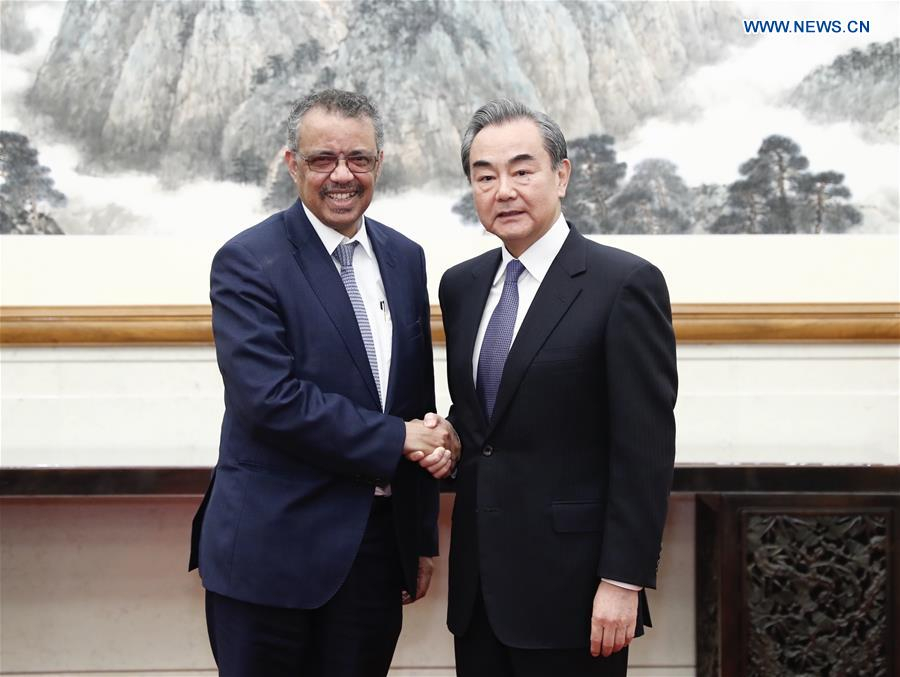 WHO has unanimous support of 55 AU member states

Wang also had a phone conversation with Angolan Foreign Minister Tete Antonio on Monday, saying China will continue to strengthen exchanges with Angola in the fight against the COVID-19 epidemic and offer the country assistance in its purchase of anti-epidemic supplies.

China and Africa have shared a tradition of friendship, with the two sides supporting each other through thick and thin, Wang said, adding that China empathizes with the challenges African countries are facing with the COVID-19 pandemic.

China has overcome its own difficulties to support Africa by providing multiple batches of anti-epidemic emergency supplies including those from the provincial and city level and from all sectors of the Chinese society, he said.

China has sent medical expert teams to Africa's five sub-regions with their neighboring countries covered, and has held nearly 30 virtual conferences with African countries, he said.

Chinese medical teams have conducted some 400 training sessions in Africa to share its anti-epidemic experience and have trained 20,000 local medical workers, Wang added.

China attaches great importance to the coronavirus' economic fallout in Africa, works actively to push forward the debt relief proposal by the Group of 20 major economies, and is willing to work together with Africa to overcome the current difficulties, Wang said. 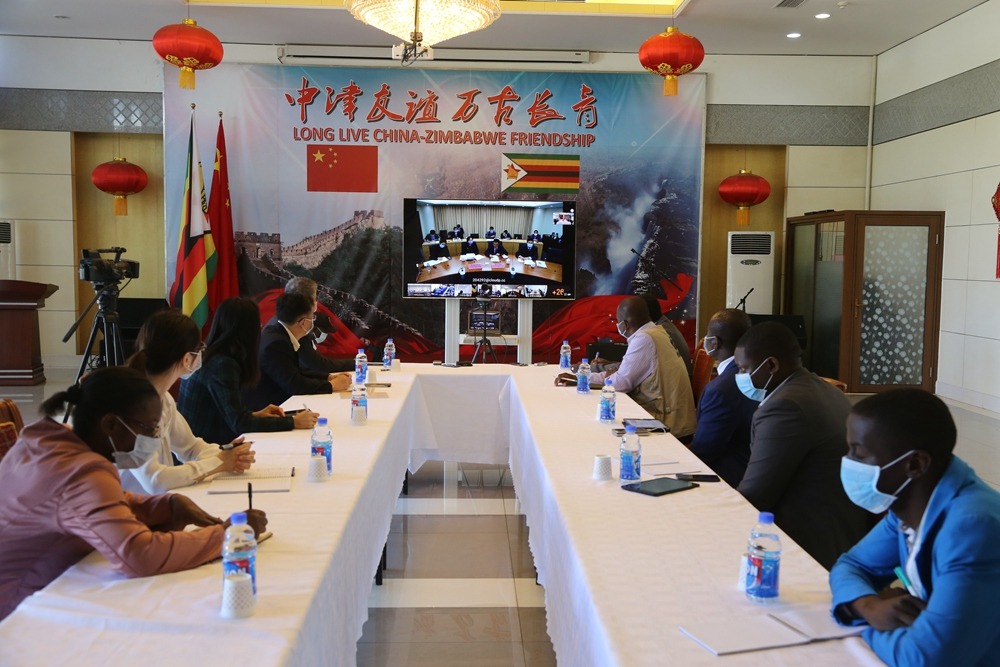 Wang said the virus poses a common challenge to mankind, which demands a concerted response from the international community. He added that China believes that Angola and other African countries will be highly alert to the moves by certain forces to smear China and sow discord between China and Africa, and will work together with China to firmly support the WHO.

Antonio said that China's anti-epidemic efforts have made important contributions to the world and his country appreciates the great support and selfless assistance provided by China, including taking good care of Angolan students in China.

He said the WHO and its director-general have won unanimous support of 55 member states of the African Union and the performance of the WHO chief has been widely commended.

Only through enhanced solidarity and cooperation and with the help of the WHO, can the world finally overcome the virus, the common enemy of mankind, he said.