The immediate task in Afghanistan for the international community should be to work together to help the relevant parties in the country engage in dialogue and communication to prevent any new civil war or humanitarian disaster from happening, said Foreign Ministry spokesperson Hua Chunying on Friday. 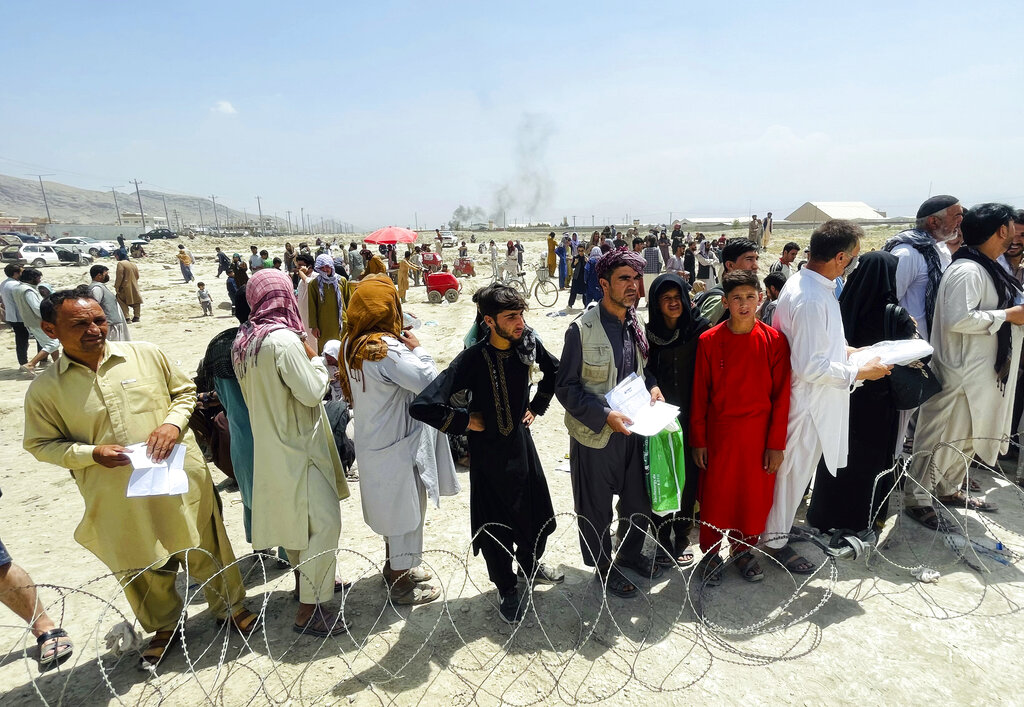 In this Tuesday, Aug. 17, 2021 file photo hundreds of people gather outside the international airport in Kabul, Afghanistan. (Photo: AP)

She made the remarks while answering a reporter's question at a press conference about whether China will support the large-scale evacuation operation in Afghanistan and accept Afghan refugees.

"The fundamental solution to the problem of Afghan refugees is to minimize unnecessary casualties and the creation of large-scale refugees," she said.

"We should support and encourage the unity of all factions and ethnic groups in Afghanistan and find an open and inclusive political framework acceptable to the Afghan people and in line with their interests and national conditions through dialogue and consultation," she added.

The spokesperson also responded to the U.S.'s comparison of China's Taiwan to Afghanistan, saying that the fundamental difference between Taiwan and Afghanistan is that Afghanistan is a sovereign state, while Taiwan is an inalienable part of China's territory.

On Thursday, a senior U.S. official said that U.S. policy on Taiwan has not changed after President Joe Biden said in an interview that the U.S. "would respond" if the island were invaded, adding that Taiwan, South Korea, and NATO were different situations to Afghanistan.

"What determines victory or defeat is the hearts of the people, not military factors. Imposing American democracy will not fit," she stressed.

Commenting to the statement of Taliban spokesperson Zabihullah Mujahid inscribed the "Islamic Emirate of Afghanistan" on Thursday, Hua reiterated that China's position on the Afghan issue is very clear.

China hopes that Afghanistan will form an open, inclusive, and broadly representative government, which pursues moderate and prudent domestic and foreign policies and meets its people's aspirations and the expectations of the international community, Hua said.