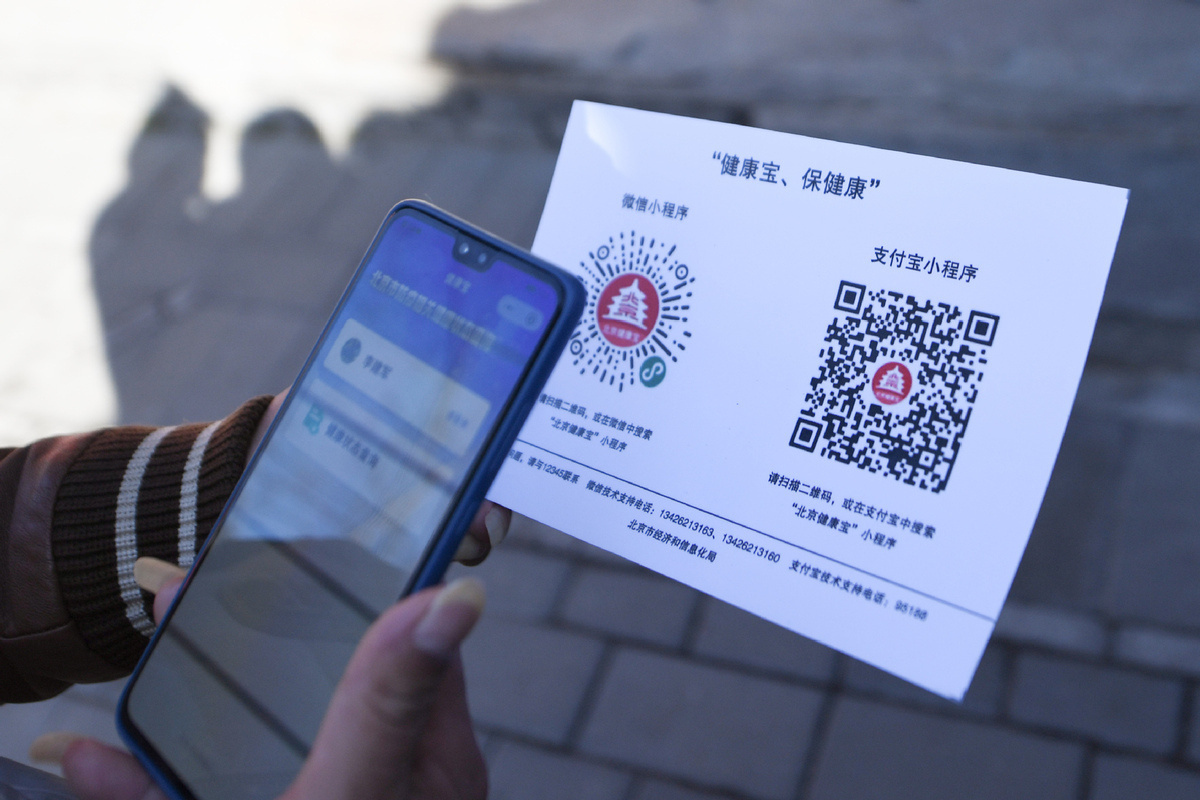 A resident scans a QR code of a mini-program to report health information in Beijing, March 10, 2020. (Photo: Xinhua)

BEIJING - China's top economic planner said Friday that the prevention and control of COVID-19 will be the top priority in the upcoming Spring Festival travel rush.

"As the COVID-19 pandemic rages globally, China faces sporadic and cluster cases, meaning that the epidemic prevention and control situation remains very severe and complicated," said Lian Weiliang, deputy director of the National Development and Reform Commission, at a teleconference on the travel rush that spans from Jan 28 to March 8.

Lian said a forecasted drop in passenger transport demand also means the primary focus of officials during the travel rush further shifts to epidemic prevention and control, instead of transport capacity.

The operator previously predicted that China would see 407 million railway passenger trips during the travel rush.

Lian urged efforts to advance the universal recognition of health codes to guarantee people are able to undertake essential travel.

The color-based code can determine people's exposure risks and freedom of movement based on factors like travel history, duration of time spent in risky areas, and relationships to potential carriers.