China is scaling up distributed solar power capacity in a bid to push forward new energy development to achieve its carbon goals. 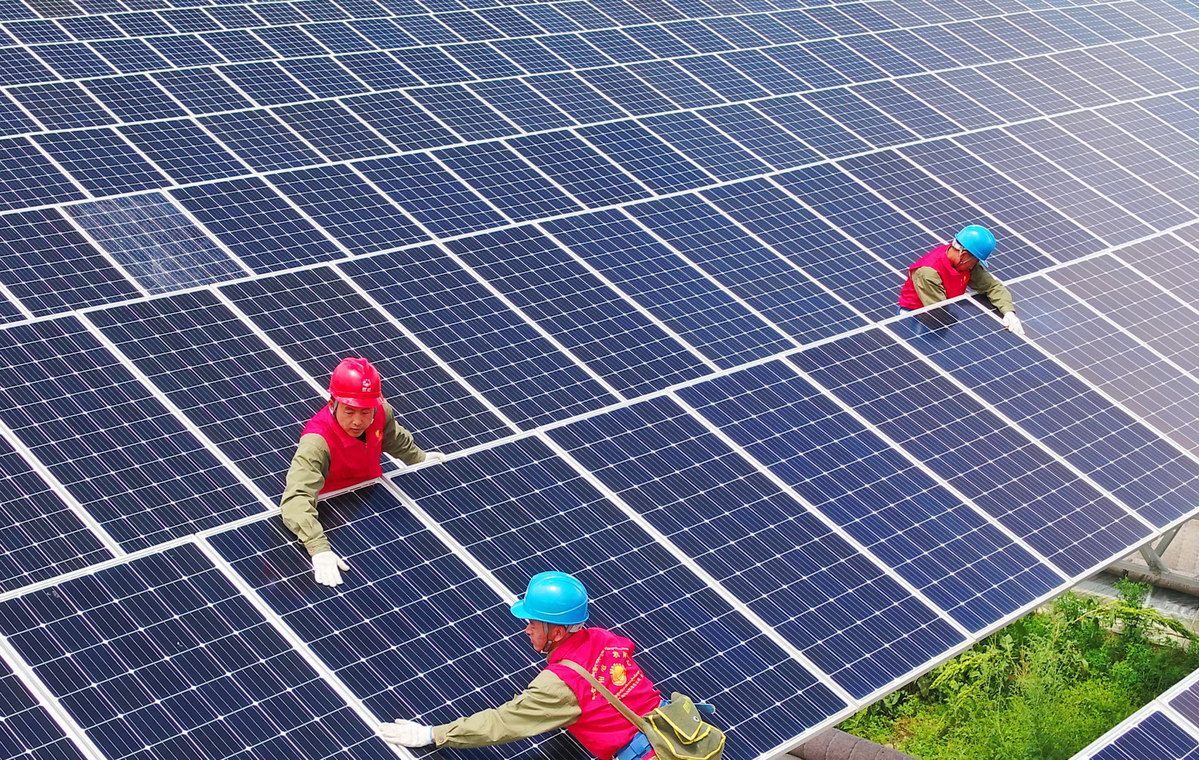 The association said that distributed solar power has become a major force driving the installed capacity growth of solar power.

The accumulated installed capacity of distributed solar power reached about 130 million kW as of the end of June, taking up over one-third of the country's total, according to the CPIA.

"Distributed solar power installations have fewer requirements on land and cost, compared with concentrated solar power which appears in large units and is usually deployed in massive land areas such as deserts," said Lin Boqiang, head of the China Institute for Studies in Energy Policy at Xiamen University.

The increase in distributed solar power installed capacity also attracted large investment last year, which stood at about 109.5 billion yuan ($16.2 billion), according to a recent report by the China Renewable Energy Engineering Institute.

Rooftop solar power saw a surge in installations over the past few years under policy support. From 2017 to 2021, rooftop installations grew from 19.4 gigawatts to 27.3 GW, and may continue to grow, said Rystad Energy, a research company based in Oslo, Norway.

It marks the latest move from the government to support the industry's development, which followed a statement jointly released by the NDRC and the NEA earlier this year. The statement said that China planned to cover as many as 50 percent of its new buildings that are classified as public institutions with rooftop solar panels by 2025.

Last year, China launched a trial program to promote the installation of rooftop solar systems in counties. By the end of last year, a total of 676 counties across 25 provincial-level regions had reported to the NEA of their corresponding trial projects.