"We had epidemic situations of cholera and malaria for the first time. In the last 18 years, China also sent an international search and rescue team overseas but was never met with the epidemic situation," the team's deputy team leader Wang Manda told CGTN's Liu Xin as he narrated the difficulties they faced on the ground. 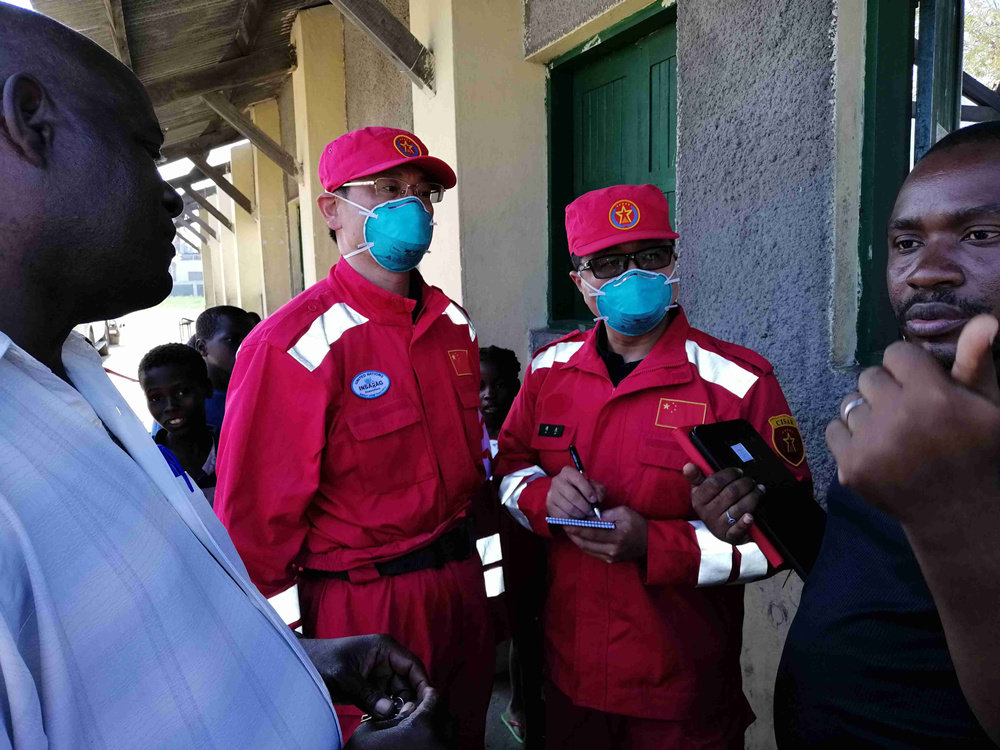 "This time it was kind of dangerous to the team members as the first principle for international sessions like this to protect the members themselves," he added.

This is the first such team sent by China's Ministry of Emergency Management (MEM) established in 2018.

Wang Manda is the deputy director-general of the Department of International Cooperation at the China Earthquake Administration under the MEM.

Unlike CISAR, all the China Search and Rescue's members are from MEM. The ministry was inaugurated in April 2018, taking over 13 mostly disaster-relief related responsibilities from other organizations. It is China's sole agency dedicated to emergency response. The team's duties include firefighting, disaster relief, geological disaster prevention, drought and flood control and prairie fire control.

The team's liaison officer Fu Jie drew a devastating picture of what he saw in Beira, Mozambique, which was directly hit by Cyclone Idai. "80 percent of all the buildings were destroyed or roofless, water is everywhere and people are living in the internally displaced person (IDP) camps. They are without food, without clean water, without medicine."

The 65-member Chinese team – consisting of medical specialists, search and rescue personnel, logistics personnel for supply and communications, and liaison officers – arrived on March 24. For the first time, the team had water rescuers and had brought rubber boats for the mission. Their major duties were medical treatment for victims, transportation of people and supplies from isolated places to city area or hospitals, sanitation, and decontamination.

Besides the risks of an epidemic, Wang added that coordinating all parts of the sub-organizations within the new ministry to make this happen was rather challenging. Before the mission to Mozambique, the ministry carried out two exercises in Laos and Indonesia to prepare.

Liaison officer Fu Jie told CGTN that the team's efforts were well-received by the local people. As liaison officer, he coordinated with the UN and the local government to complete assigned-task and share information they gathered.

"I would say that we were one of the first teams to arrive there. What I saw was that the people there were very friendly with the Chinese. They recognized our flag, our uniform, and could even speak some Chinese with us. We had a local volunteer who spoke fluent Chinese. She studied medicine in China, and it was very helpful. This is evidence that both countries (China and Mozambique) are very close," Fu said.

The Chinese team was selected as a representative from international search and rescue teams to be received by the Mozambican President Filipe Nyusi. Wang Manda stressed that on-ground operations have a different impact than aid in goods and financial support. "Our team members were wearing our uniform, standing on the ground soil face to face with the victims. It has a very different impact," He said.

At present, China is Mozambique's largest investment source and its major trading partner. In 2016, the two sides elevated the bilateral relations to a comprehensive strategic partnership of cooperation.