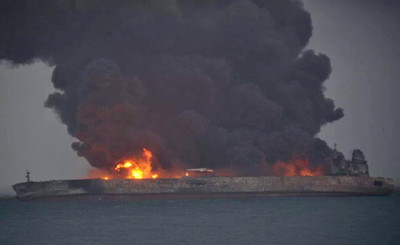 Spokesperson Geng Shuang make the remarks in Beijing in response to a question about the collision of the two vessels off the east China coast.

"China attaches great importance to the accident," said Geng, adding that some of the crew members have been rescued while others are still missing.

According to reports, the collision occurred at around 8 p.m. Saturday in waters about 160 sea miles east of the Yangtze River's estuary.

Geng said the cause of the accident is still under investigation.