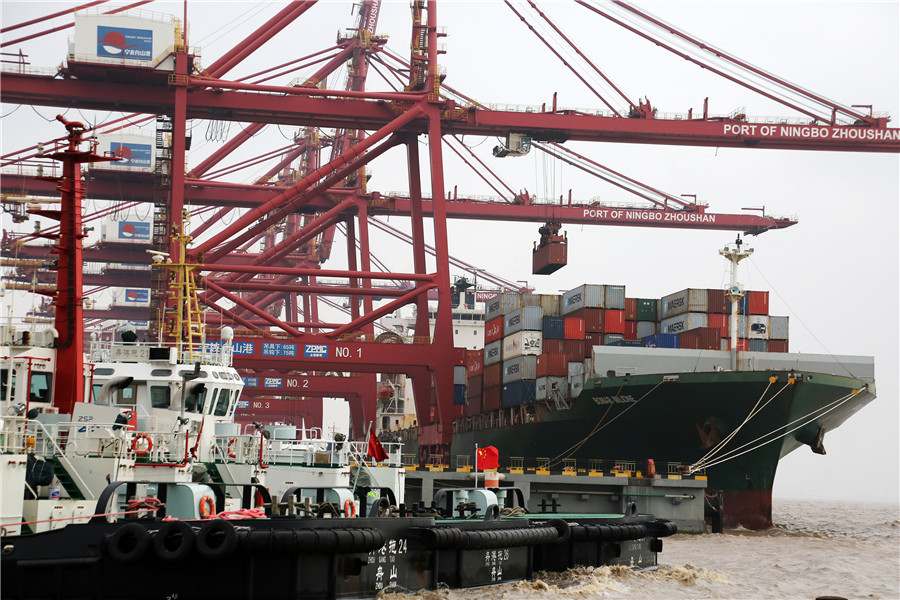 China is expected to have attracted a total of $690 billion in foreign direct investment during the 13th Five-Year Plan (2016-20) period, and will offer its pilot free trade zones greater capacity to attract more global investment over the next five years, government officials said on Thursday.

The Ministry of Commerce is currently compiling a plan for the utilization of foreign capital during the country's 14th Five-Year Plan (2021-25), said Zong Changqing, director-general of the ministry's department of foreign investment administration.

He added that the government will steadily promote the growth of its FTZs, the Hainan Free Trade Port and national level economic development zones to maximize their role as the "main areas" of the open economy during this period.

The country will also support Beijing's building of a comprehensive demonstration zone for the further opening-up of the service industry, and increase the number of comprehensive pilot projects to stimulate growth in this sector across the country, he said at a news conference during the ongoing third China International Import Expo in Shanghai.

Thanks to the nation's early recovery from the COVID-19 pandemic and its strong industrial and supply chains, human resources and well-developed infrastructure facilities, China has become a "stabilizer" and "safe haven" for global multinational investment, he said.

Zong predicted that foreign investment in the fourth quarter will continue on its current stable and positive trend.

With China introducing more measures to encourage and support foreign investment, including reducing the negative list, optimizing the business environment and strengthening intellectual property protection during the 13th Five-Year Plan, the nation attracted $549.6 billion in FDI between 2016 and 2019, according to the ministry.

Despite the continued downturn in global cross-border investment, China has remained a hot spot for global capital. In 2017, it became the world's second-largest destination for foreign investment, after the United States.

Liu Dianxun, director-general of the China Investment Promotion Agency under the ministry, said China's promotion of the "dual-circulation" development pattern, which is centered on the domestic economy and aimed at better integrating the domestic economy with the global economy, will not only benefit the Chinese economy, but also create more growth opportunities for countries across the world.

French industrial conglomerate Saint-Gobain SA plans to further enhance its market presence in Central China and the Guangdong-Hong Kong-Macao Greater Bay Area in order to get closer and have better access to fast-growing regional markets over the next five years.

Many opportunities come from surging demand in those regions for greener building materials, automobile glass, high-end chemicals, plastics and other industrial goods to accelerate their urbanization, as well as the development of smart cities and infrastructure projects, said Javier Gimeno, Saint-Gobain's senior vice-president.

With China's auto market maintaining recovery momentum over the past few months, the French group will start operations at a new automotive glass plant in partnership with Guangzhou Automobile Group Co in Meizhou, Guangdong province, in the second quarter of 2021.

"Even though COVID-19 has added a number of unstable factors to the global economy, we were able to witness China's quick recovery from the pandemic and the great resilience of its people, which makes us more confident about this market," said Zheng Dazhi, Asia-Pacific president of Bosch Thermotechnology, a German manufacturer of energy-efficient heating and hot water products.