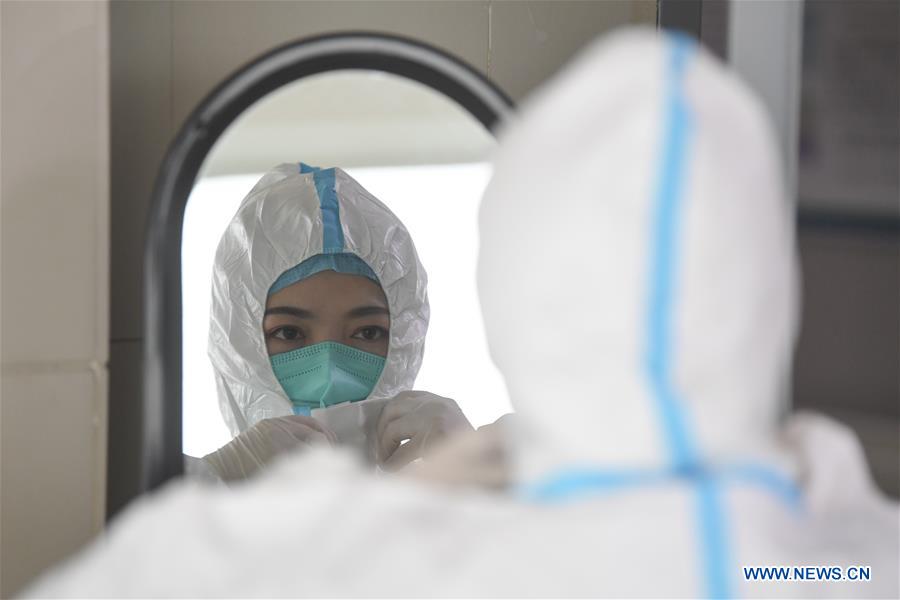 Among the deaths, 56 are in Hubei Province and one in southwest China's Chongqing, according to China's National Health Commission.

Another 5,173 new suspected cases were reported on Sunday, said the commission.

There was a cluster of coronavirus cases in the intensive care unit of the department of cardiology at Fuxing hospital in Beijing, according to a media conference on the prevention and control of the pneumonia epidemic on Monday.

Nine cases were confirmed, including five medical workers and four inpatients, who were transferred to designated hospitals. The initial investigation shows it is related to the infection of an individual medical staff member. 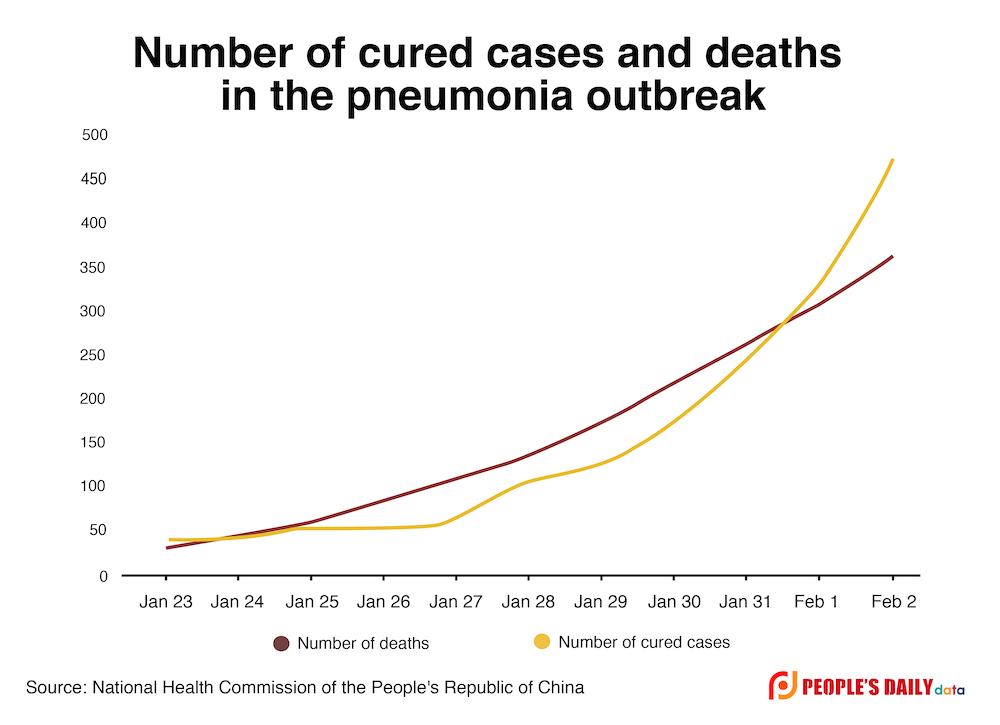 Also on Sunday, 186 patients became seriously ill, and 147 people were discharged from hospital after recovery.

The overall confirmed cases on the Chinese mainland had reached 17,205 by the end of Sunday, the commission said, noting that a total of 361 people had died of the disease.

The commission added that 2,296 patients remained in severe condition, and 21,558 people were suspected of being infected with the virus.

A total of 475 people had been discharged from hospital after recovery.

By the end of Sunday, 15 confirmed cases had been reported in the Hong Kong Special Administrative Region (SAR), eight in the Macao SAR and ten in Taiwan.