BEIJING, Oct. 7 (Xinhua) -- China saw a total of 782 million domestic tourist trips made during the seven-day National Day holiday, up 7.81 percent from last year, according to the Ministry of Culture and Tourism. 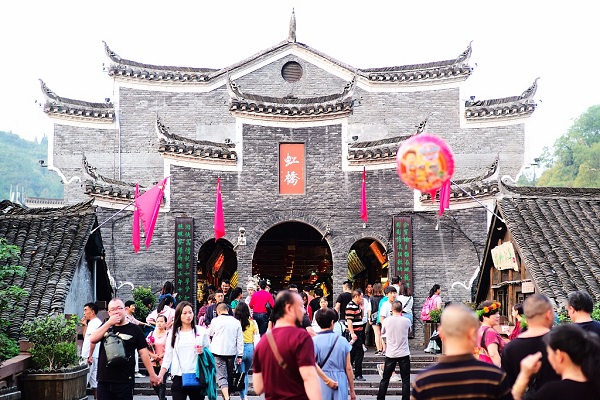 Tourism revenue reached nearly 650 billion yuan (about 90.94 billion U.S. dollars) during the holiday which lasts from Oct. 1 to 7, up 8.47 percent, according to the ministry.

"Red tourism," or revolutionary-themed tourism, has become a highlight. About 78.84 percent of tourists participated in activities celebrating the 70th anniversary of the founding of the People's Republic of China, according to statistics from the ministry.

Over 7 million outbound trips were also made by Chinese during the holiday, said the ministry.