BEIJING, June 10 (Xinhua) -- China has witnessed more than 20 years of consecutive growth in the number of voluntary blood donations, from around 300,000 in 1998 to nearly 15 million in 2018, an official with the National Health Commission (NHC) announced Monday. 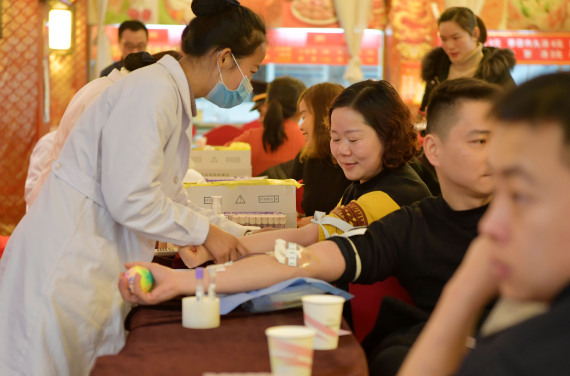 The volume of blood collected has also seen a marked increase of more than four times the amount since the Blood Donation Law took effect in 1998, said Zhou Changqiang, deputy director of NHC's Medical Administration Bureau, at a press conference.

"The steady increase in both the number of blood donors and the volume of blood has ensured a safe and stable blood supply," Zhou said.

The government has been improving equity and accessibility in clinical blood services over the years, according to Zhou.

Amid efforts to improve clinical blood security in medical institutions at and below the county level, half of the country's blood supply had been allocated to these institutions for three consecutive years since 2016, the NHC data show.

In addition, a multi-level blood early warning and distribution mechanism has been established to ensure emergency blood supply, Zhou noted.

In 2018, around 1.84 million units of blood were allocated between regions across China, of which 1.59 million units were transferred within provincial regions and 255,000 units between them.