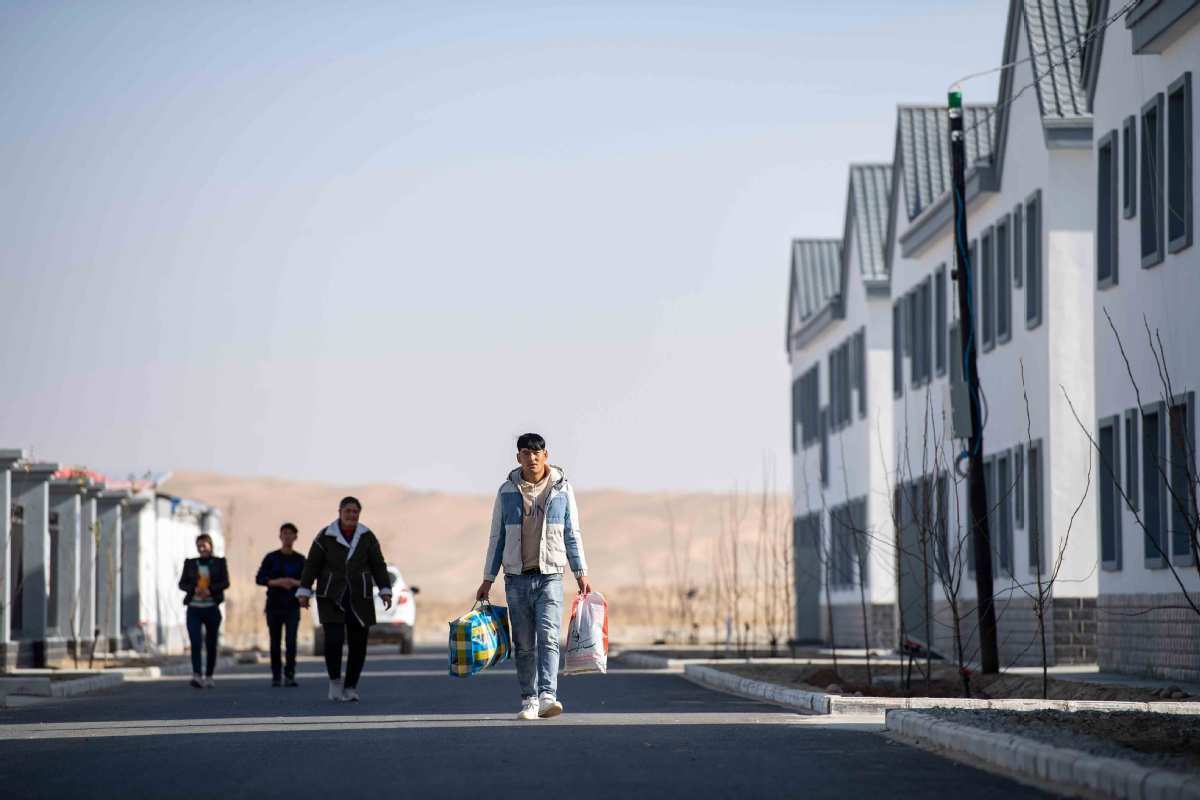 Photo taken in 2019 shows villagers walk on the street of the new village in Dariyabui township in Yutian county of Xinjiang Uygur autonomous region. (Photo: chinadaily.com.cn)

Currently, over 65 percent of rural households in the country have access to sanitary toilets, and more than 30 million households have had their toilets renovated since 2018, said Wu Hongyao, a senior official with the Ministry of Agriculture and Rural Affairs, at a press conference on agricultural and rural development.

Sewage and garbage treatment in rural areas has also seen improvements, with waste collection, transportation and disposal systems covering over 90 percent of administrative villages, according to Wu.

In 2018, China unveiled a three-year plan to improve the rural living environment, defining it as an important step for the country to accomplish the goal of building a moderately prosperous society in all respects.

The ministry will also draw experience from the three-year plan, allowing it to better prepare the work for the next five years, in a bid to enhance the sense of gain and happiness among people in rural areas, Wu said.