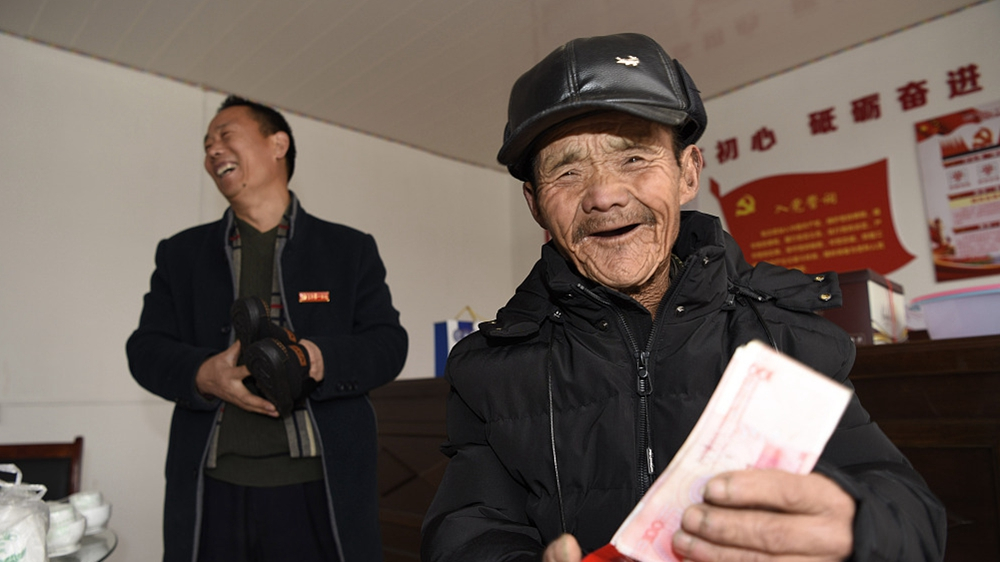 BEIJING, Feb. 21 (Xinhua) -- China has made headway in poverty alleviation, with minimum living allowance standards for both urban and rural areas rising in 2018, according to the Ministry of Civil Affairs Thursday.

Compared with 2017, the minimum living allowance standard for urban areas has increased by 7.2 percent and the standard for rural areas by 12.4 percent in 2018, Minister of Civil Affairs Huang Shuxian said at a press conference in Beijing.

Huang said that the lives of more than 45 million people receiving the allowances had been improved.

Minimum living allowances for rural areas in China had reached or surpassed the national poverty line in 2018, Huang said.

By the end of 2018, the country had 35.19 million people receiving minimum living allowances in rural areas, with the standard of the allowance standing at 4,833 yuan (715 US dollars).