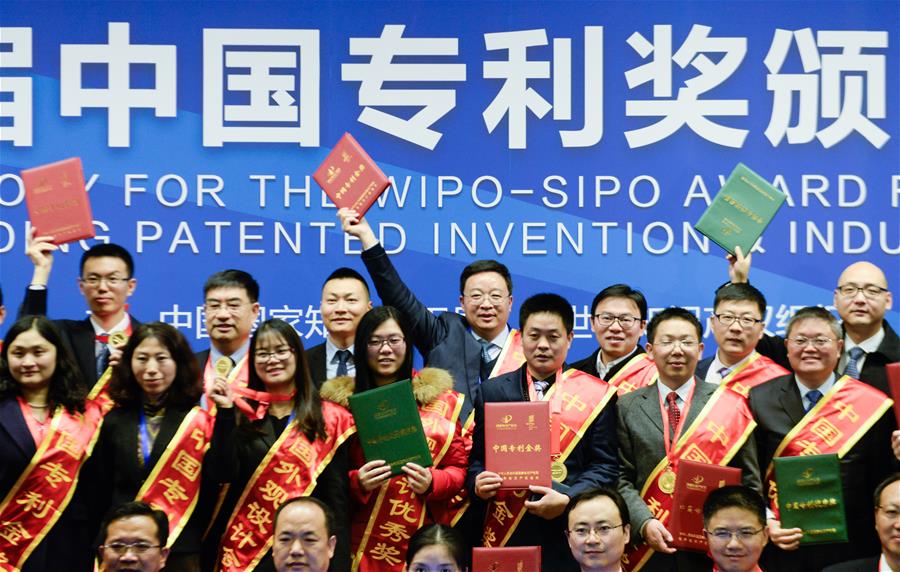 BEIJING, Jan. 7 (Xinhua) -- The number of new invention patents registered on the Chinese mainland increased by about 18 percent in 2018, according to a meeting of the heads of intellectual property rights (IPR) administrations on Monday.

By the end of 2018, there were about 1.6 million invention patents from the Chinese mainland, rising 18.1 percent year on year. The number of valid registrations of trademarks reached 18.05 million, up 32.8 percent.

Chief of the State Administration for Market Regulation Zhang Mao said the IPR had played an increasingly prominent role in the country's economic and social development.