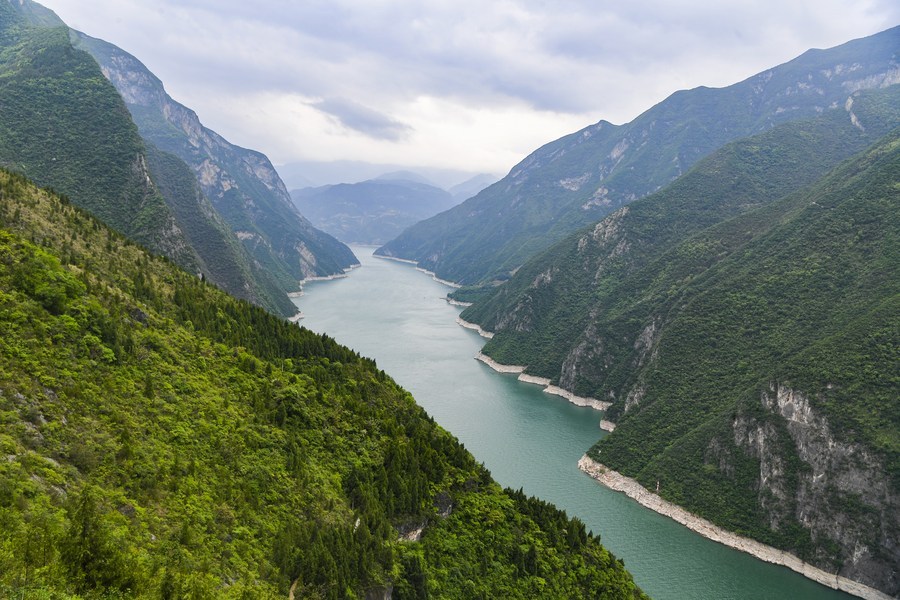 Photo taken on April 23, 2021 shows the view of Qutang Gorge, one of the Three Gorges on the Yangtze River, in southwest China's Chongqing Municipality. (Photo: Xinhua)

BEIJING, June 8 (Xinhua) - China has made notable progress in improving water quality, restoring aquatic biodiversity and controlling pollution in the Yangtze River basin, according to a report submitted for deliberation at the ongoing session of the National People's Congress Standing Committee.

For the first time, the water quality of the main stream of the Yangtze River reached Level II standard or above in 2020, the report notes.

Provinces and municipalities along the Yangtze River have effectively implemented the 10-year fishing ban, with 228,000 fishermen on 110,000 boats relinquishing their nets, says the report, adding that there have been more frequent sightings of flagship species, such as the Yangtze finless porpoise, after the ban.

In 2020, authorities investigated over 7,500 cases of illegal fishing along the Yangtze River, and seized 34,000 illegal fishing boats and 267,000 units of fishing gear, says the report.