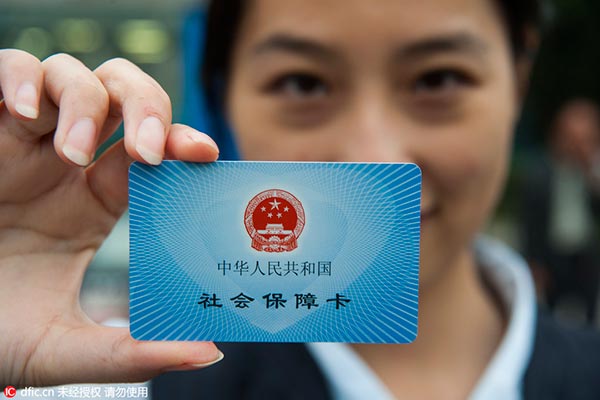 The number of social security cardholders in China has exceeded 1.3 billion, accounting for over 93 percent of its whole population, according to a symposium held in Shanghai on Friday to mark the 20th anniversary of the launch of the social security card, Xinhua reported.

Over 80 million electronic social security cards have also been issued since they were launched last year, according to the report.

A social security card is for more than just social security. With more than 100 functions applicable to job hunting, entrepreneurship, healthcare and other civil service fields, it covers almost all aspects of a cardholder's daily life.

For example, apart from settling medical bills as well as receiving pensions, unemployment and work injury compensation, and childbirth allowances, residents in some places can also enter parks, museums and libraries or take buses with the card.

China vows to cover all its population with the social security card by 2025, and to provide online and offline civil services by promoting the use of electronic cards, according to the report.