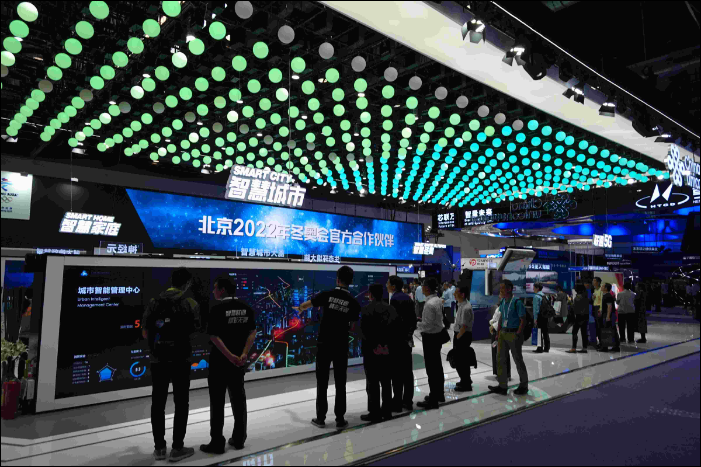 5G technologies and products are the biggest highlights during the expo on information communication technology in Beijing this week. (CGTN Photo)

China is taking some major steps toward bringing 5G to life, which has been called the next generation of wireless technology.

In an expo on information communication technology this week in Beijing, further details were released on the current progress.

"We have basically completed the non-standalone tests and have fully begun standalone tests on 5G," said Xu Fei, member of China Academy of Information and Communication Technology.

What she said during the expo are two versions of 5G standard, the former is based on the current 4G network, and the latter on the new 5G system.

And the standalone test is expected to finish by the end of November, according to Xu.

It shows the transition of the big leap. But in fact, progress is coming along faster than expected.

Cai Yuemin, deputy chief designer of Datang Telecom said that since the standalone was set in June, the system's terminal units have realized the basic functions it has prescribed.

China started its 5G trial program in 2016. It has successfully passed two phases: verification on key technologies and that on technical protocols.

And now it's in the third phase – the verification of the system scheme.

Foreign companies like Ericsson, Qualcomm, Nokia, Samsung and Intel, are joining hands to make it happen.

With testing is underway in China and elsewhere, experts are developing future uses for 5G.

They cover various fields, from smart driving to production, to an intelligent city and live streaming of virtual reality.

"With the help of 5G, we can better provide the performance and enhance the efficiency. So lots of potential and opportunities are out there," said a 5G global vice president from tech company Huawei.

And an engineer from China Unicom said that mature 5G applications will be in position by 2020. And now his company is conducting trials in 16 key cities in China for that.

5G testing puts users closer to system commercialization. And usage development is happening faster and faster. That means a quick, convenient future based on this technology is about to be at hand.