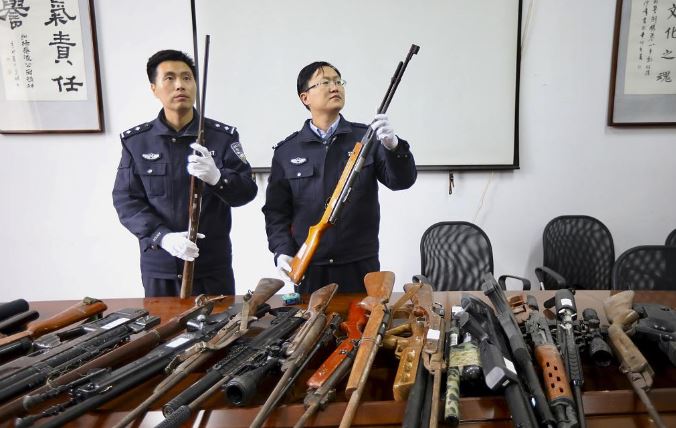 China saw 42 gun crimes and 39 explosive-related crimes from January to November in 2018, which were down by 27.6 and 29 percent respectively year on year, according to the country's Ministry of Public Security (MPS) Tuesday.

The numbers put China on the list of countries with the fewest gun and explosive-related crimes in the world, the ministry said at a press briefing.

During the period, Chinese police cracked over 37,000 cases related to guns and explosives, busting 416 gangs and 599 dens, and arresting 43,000 suspects.

The crackdown launched early last year was highlighted as a national campaign, making the action more targeted and effective, said Guo Lin, a spokesperson with the MPS.

Since the start of the campaign, authorities across the country have received over 5,000 tips from the public related to gun and explosive-related crimes, based on which more than 2,200 cases were handled, and 3.65 million yuan (about $532,000) of rewards were cashed, Guo said.