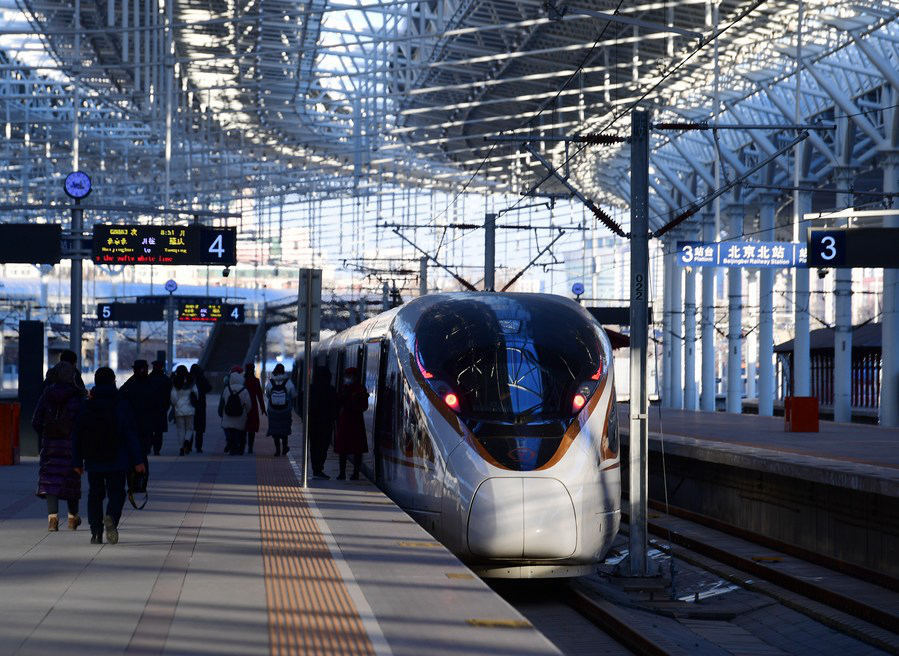 A total of 9.89 million railway passenger trips were recorded on the first day of 2021, according to the China State Railway Group Co., Ltd.

Authorities have taken precautions against COVID-19, including taking the temperatures of passengers both inside and outside of stations, arranging separate seats for passengers with fever symptoms, as well as properly ventilating and disinfecting the environment.

The railway operator estimated that there would be 7.2 million railway passenger trips on Jan. 2, and it will put 386 additional trains into operation to meet the demand.