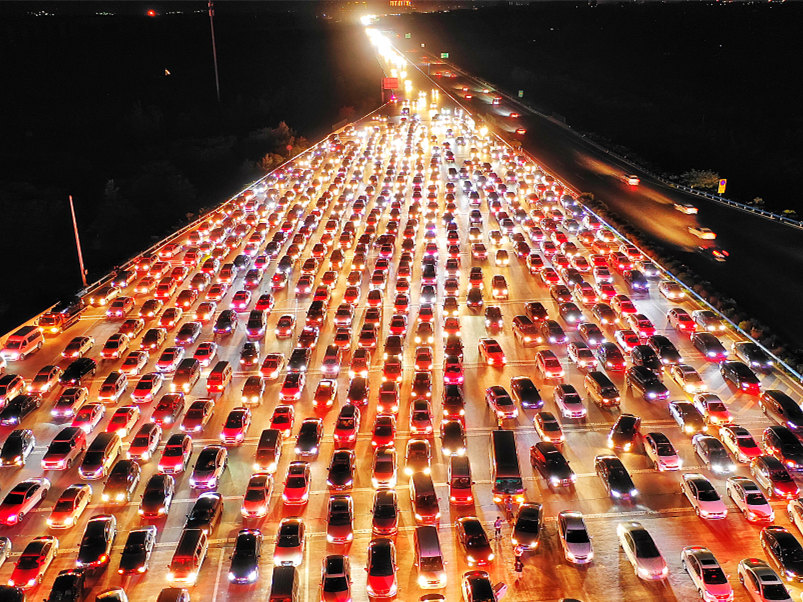 Cars lining up to get out of freeway are still standing in a long line at the toll gate south of Zhengzhou, Henan Province, on September 24, 2018. It is the last day of the Mid-Autumn festival holiday. (Photo: VCG)

The ministry said middle and short-distance trips around cities were the primary travel choice for most Chinese people during the holiday, which started on Saturday.

Most traffic was concentrated on the peripheral roads of main city clusters such as the Beijing-Tianjin-Hebei region, Yangtze River Delta, Pearl River Delta and Chengdu-Chongqing area at the beginning and end of the holiday, the report said.