"My heart goes out to the people living in hardship," Chinese President Xi Jinping said when delivering a New Year speech on December 31, 2018.

Xi said, "To achieve our task of lifting another 10 million-plus rural residents out of poverty as planned, we shall remain focused and work hard on this." 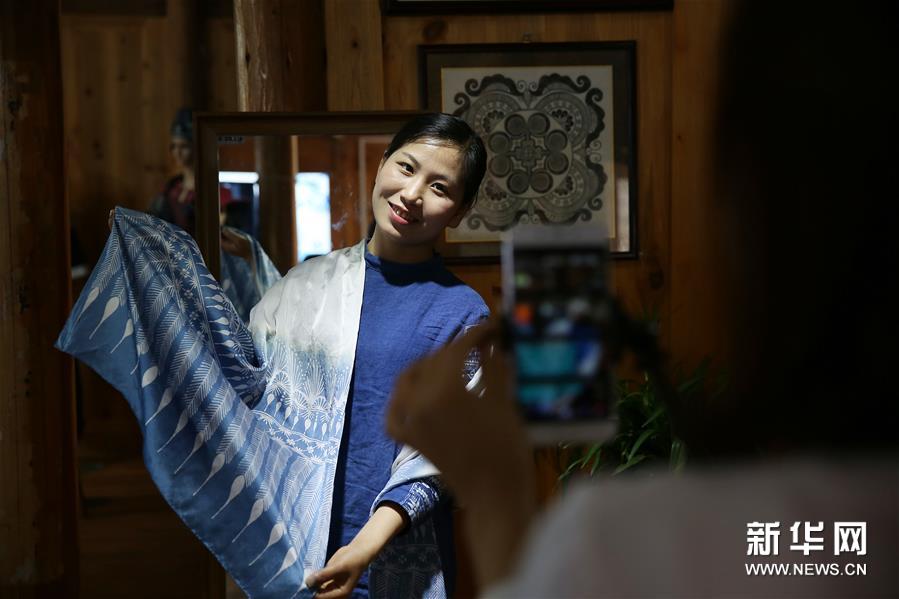 Zhang Yiping, a Miao youth, promotes the batik, classified as national-level intangible cultural heritage, through live streaming on her mobile phone in Danzhai county, Qiandongnan Miao and Dong Autonomous Prefecture, Guizhou Province. Over 100 women in Zhang’s hometown have broadened their horizons and experienced significant life changes with the development of the internet. 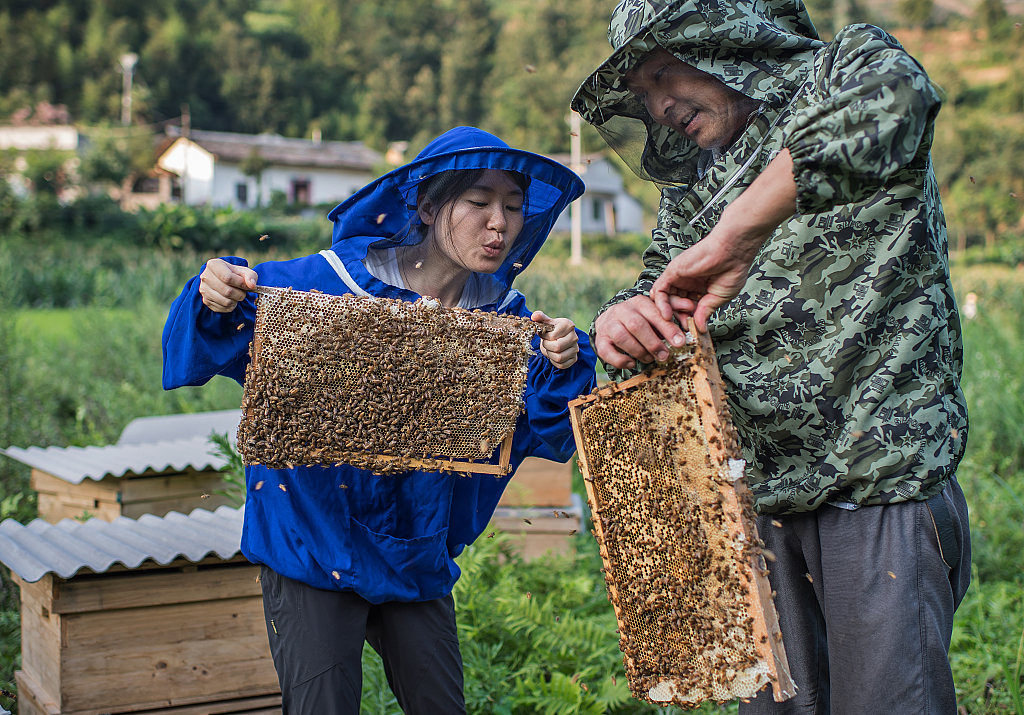 Wang Qingnian, a 32-year-old cadre in the Hubei Bureau of the China Insurance Regulatory Commission, learns apiculture in Rongyu village, Shiyan, Hubei Province, on July 23, 2018. She voluntarily applied to work in the village, which witnessed a 450,000 yuan ($65,552) income increase in two months with her help. 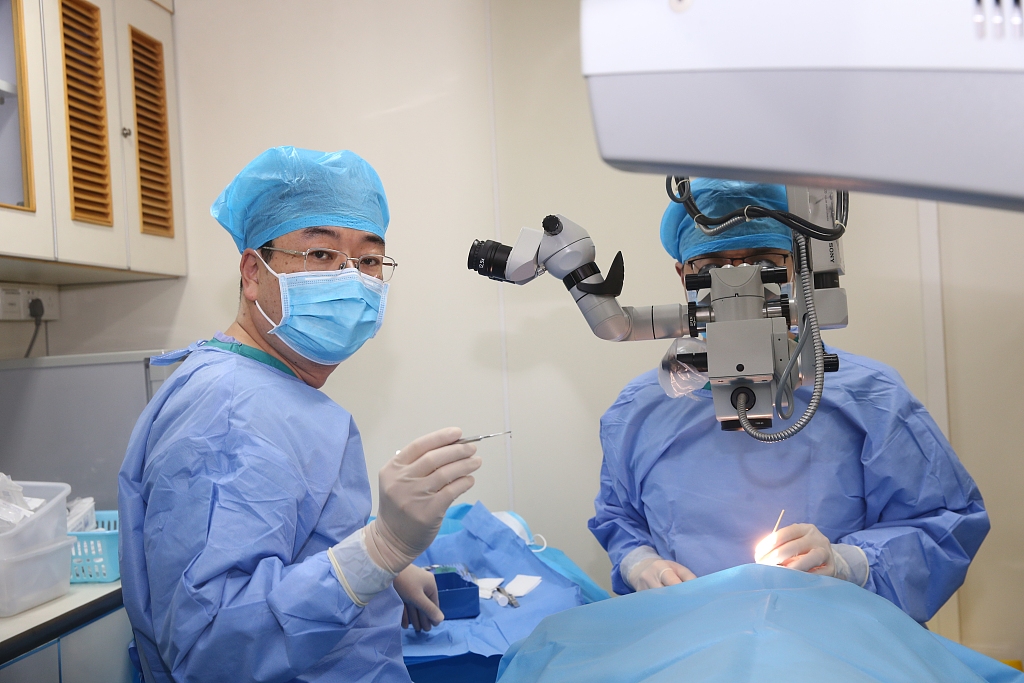 Over 10 medical professionals from the central hospital in Sanmenxia offer free surgery for cataract patients and help them recover their sight during a poverty alleviation and sight rehabilitation campaign, in Sanmenxia, Henan Province, on October 21, 2018. 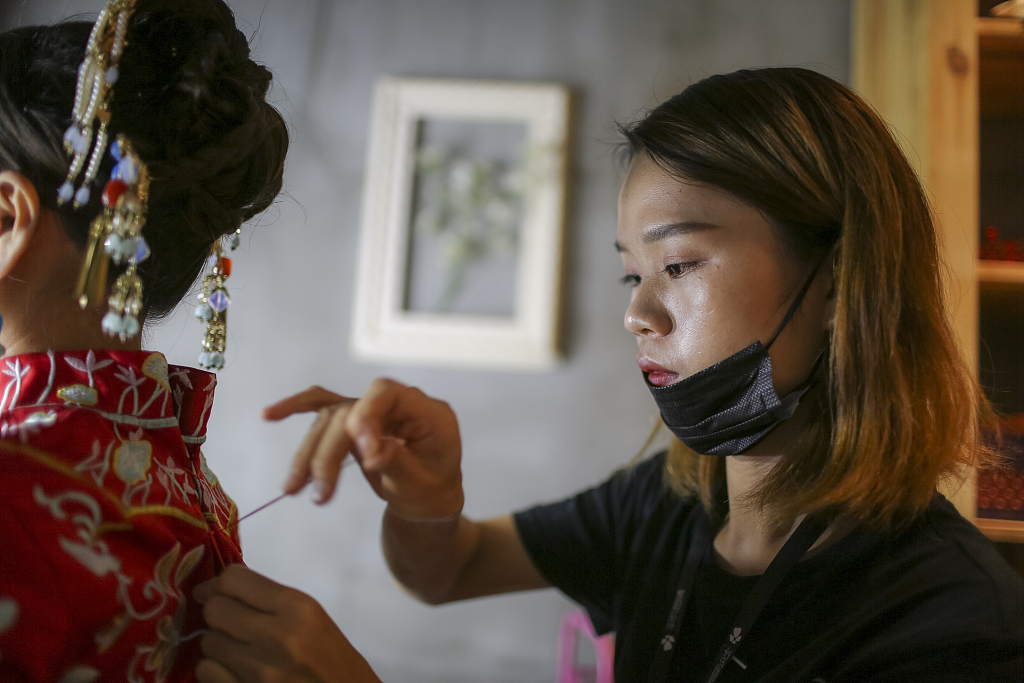 Make-up artist Lao Yuqian works on the make-up of her customer at a wedding photography company in Haikou, Hainan Province, on October 14, 2018. She graduated from a professional class aimed at helping women in a technical school. 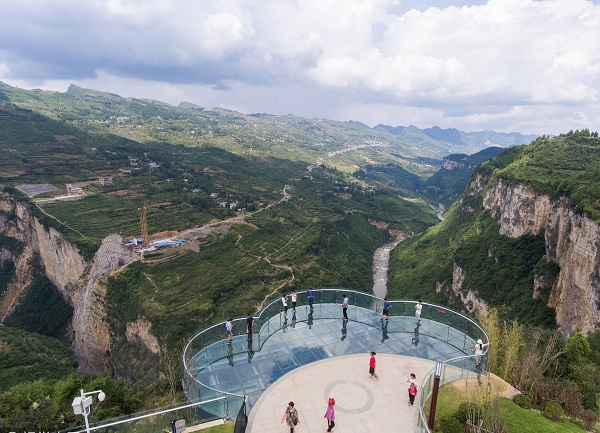 An aerial view of a scenic spot area in Bijie City, Guizhou Province, Southwest China, September 2, 2018. Rural tourism in Bijie has created 46,000 jobs for residents, most of whom would otherwise work far from home as migrant laborers, according to the local government. 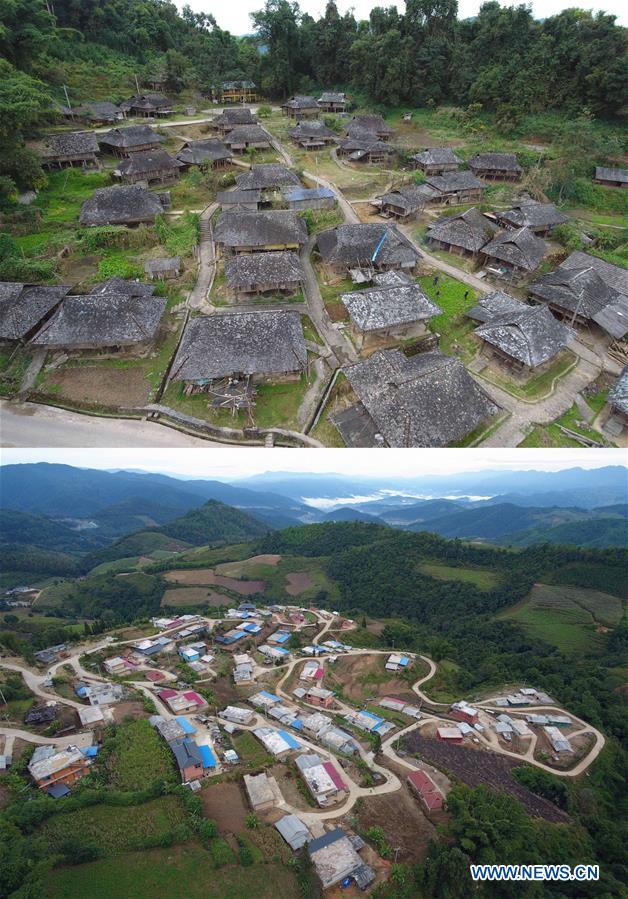 This aerial photo taken on December 7, 2018, shows the old village (up) and the relocated village (down) of the 10th villager group of Banmu Village in the Wa Autonomous County of Ximeng, southwest China's Yunnan Province. Ximeng used to be a national-level poor region. Inspired by the country's targeted poverty alleviation drive, the county has developed cattle farming and tourism over the past five years, bringing poverty rate drastically down.