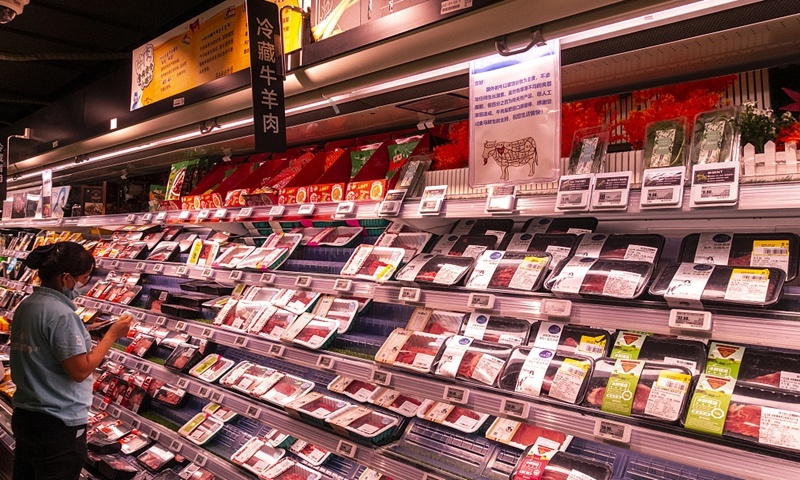 The local government immediately launched its emergency response, including implementing closed management and control for the companies involved, carrying out centralized isolation medical observation for the direct contacts, and sealing, tracing and testing all the goods involved. Due to timely detection, the relevant goods in Dongguan have not been released into the market.

As of 8 am on Sunday, 852 samples of the imported goods had been tested and all the results were negative, according to the Center of Disease Control and Prevention of Dongguan city.

Shanghai first reported two local confirmed cases of COVID-19, a married couple in its Pudong New Area on Friday, with the husband working at a cargo terminal of Pudong International Airport. The city reported another new confirmed locally transmitted COVID-19 case on Saturday, with the patient being the colleague of the previously confirmed case, who works at the cargo terminal at the Shanghai Pudong International Airport.

Epidemiological investigations showed that two of the eight residents who tested positive the earliest are local loaders who had direct contact with cold-chain imports.

Zhang Boli, a key expert-consultant in the epidemic fight in Central China's Hubei Province, said in a recent interview, "Although the source of the epidemic has not been determined, we need to be vigilant and on guard against the import of cold-chain goods. If this loophole is not closed, the same problem is likely to occur in other places."

Zhang then suggested that relevant state departments establish a circuit breaker mechanism for frozen imported food and suspend the import of products from countries and regions where coronavirus is found for two months.

"The frozen food area should be separated in wholesale agricultural and seafood markets, and a whole-process traceability mechanism of the frozen food supply should be established at the same time," Zhang added.

Wu Zunyou, the chief epidemiologist at the Chinese Center for Disease Control and Prevention, told CCTV News that low temperatures in winter make the international freight environment similar to the cold chain in summer, creating a "cold chain" effect on imported goods. The recent surge in cases around the world has also increased the risk of contamination from overseas goods.

"As a result, domestic imports of 'non-cold chain' goods should also be managed and controlled according to the 'cold chain' standard, while insisting on sampling and testing of goods and regular screening of related personnel," Wu suggested.