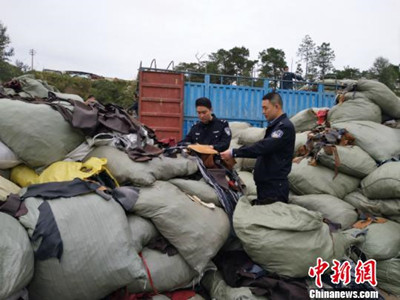 Nanning customs announced on January 12 that the anti-smuggling department of Dongxing customs had hunted down foreign waste smuggled from Vietnam, the first such case in 2018. Two suspects were captured along with 26.32 tons of scrap leather and 2 vehicles at Dongxing, a Chinese city which borders Vietnam.