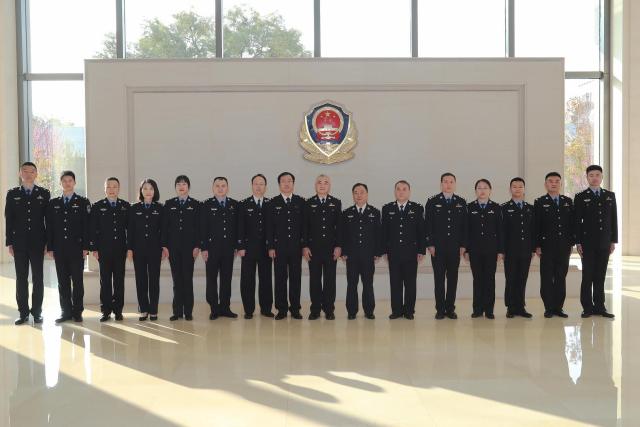 BEIJING, Nov. 5 (Xinhua) -- A group of 10 police officers from China will join police in Italy for a three-week joint patrol to help handle cases and incidences related to the safety of Chinese traveling or living in Italy, according to the Ministry of Public Security.

Selected from relevant departments across China, the officers have completed training on police patrol, diplomatic etiquette, international law enforcement cooperation and the culture and customs of Italy, the ministry said.

Wei Xiaojun, an official with the ministry's international cooperation bureau, said the Chinese officers will step up exchanges with their Italian counterparts to serve Chinese citizens traveling in Italy as well as Chinese people and China-invested enterprises living or operating in Italy.

This is the fourth joint police patrol between the two countries and such cooperation has also been carried out between China and other European countries including Croatia and Serbia, the ministry said.