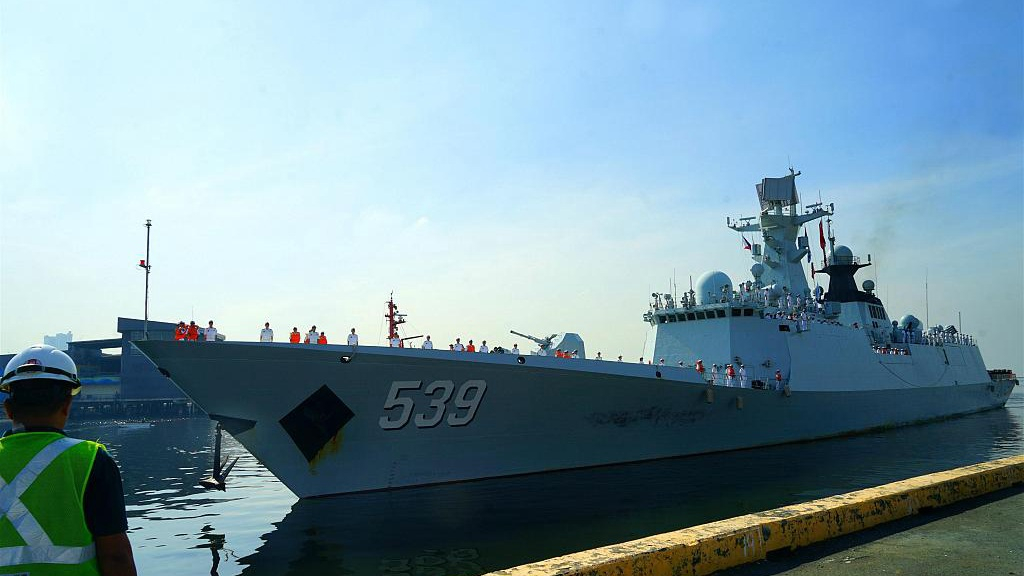 QINGDAO, Aug. 29 (Xinhua) -- The 33rd fleet from the Chinese People's Liberation Army (PLA) Navy on Thursday left the port city of Qingdao in east China's Shandong Province for the Gulf of Aden to escort civilian ships.

The fleet is mainly composed of naval forces from the the Northern Theater Command of the Chinese navy, including a destroyer, a frigate and a supply ship.

It has more than 600 officers and soldiers, dozens of special operation soldiers and two helicopters onboard.

Over the past decade, the Chinese navy has dispatched 106 vessels and over 28,000 officers and soldiers to escort more than 6,700 Chinese and foreign ships.