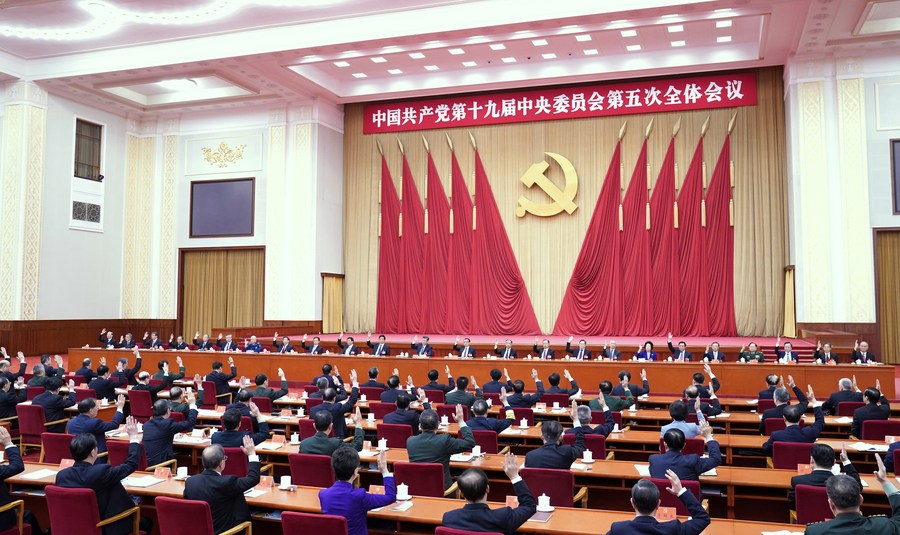 BEIJING, Nov. 3 (Xinhua) -- China aims to achieve a set of social and economic objectives over the next five years, according to the full text of the Communist Party of China (CPC) Central Committee's development proposals made public on Tuesday.

China will strive to make new strides in economic development during the period, the proposals said.

With new steps to be taken in reform and opening up, China will further improve its socialist market economy and basically complete the building of a high-standard market system.

China's social etiquette and civility shall be further enhanced, while the core socialist values shall be embraced by the people.

The Party leadership's proposals for formulating the 14th Five-Year Plan for National Economic and Social Development and the Long-Range Objectives Through the Year 2035 were adopted at the fifth plenary session of the 19th CPC Central Committee which closed on Oct. 29.