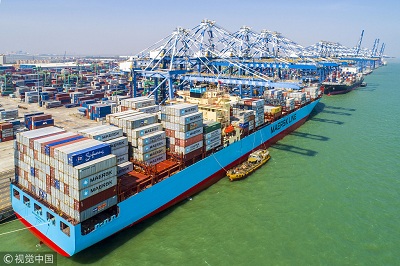 China's Ministry of Commerce on Monday determined to turn China into a "strong economic and trading nation in all respects" by 2050.
In the past five years, China's domestic consumption, foreign trade and investment all surpassed most other economies, laying a solid foundation for economic and trade strength, Minister of Commerce Zhong Shan said at a meeting.
Before 2020, China should consolidate its position as a large economy and trader. The goal of becoming a strong trading nation should "be basically realized" by 2035 and be accomplished in all respects by 2050, according to Zhong.
The minister said efforts should be made to complete the goal in advance, without giving specifics about the meaning of "a strong economic and trading nation."
China has remained the world's largest goods exporter and second largest importer for eight straight years. The market share of China's export in the world rose from 10.4 percent in 2011 to 13.2 percent in 2016. 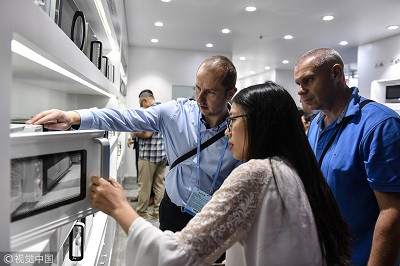 China's trade growth has contributed to the global economic and trade recovery, as Chinese products benefit people around the world, while imports help the development of trade partners, according to a statement from the ministry.
However, Chinese products rely mainly on quantity and price advantages in international competition, while lacking core competitiveness and added value.
China aims to basically realize socialist modernization by 2035 and develop into a great modern socialist country that is prosperous, strong, democratic, culturally advanced, harmonious and beautiful by 2050, according to a report delivered to the 19th National Congress of the Communist Party of China.