CHINA China shrugs off US sanctions over HK, set to insist on core stances in Alaska

China shrugs off US sanctions over HK, set to insist on core stances in Alaska

As the world turns its eyes to a critical high-level meeting between senior Chinese and US officials, the US picked up a signature Trump era strategy of wielding the stick ahead of talks by issuing sanctions against two dozen Chinese mainland and Hong Kong officials, including 14 vice chairmen of the Standing Committee of China's top legislature, less than 24 hours before the meeting in Alaska. The attempt is unlikely to pressure China on its core stances but will only undermine US sincerity and dim any hope for a reset in near frozen bilateral ties, analysts said. 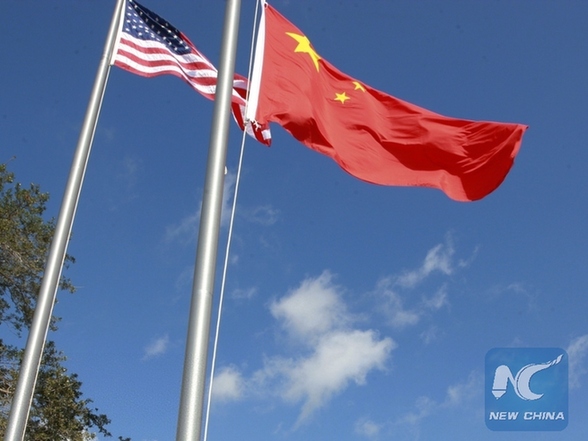 The latest sign from Chinese officials on Wednesday showed that China remains committed to holding candid conversations with the US during the first high-level dialogue since Joe Biden took office, despite what Chinese officials have previously characterized as an "evil path" pursued by the US in its China strategy. But Chinese officials also insist that despite various signals from the US, China will also make clear its relevant stances at the meeting.

US Secretary of State Antony Blinken announced the new sanctions on officials from the Chinese mainland and the Hong Kong Special Administrative Region (HKSAR) over the Hong Kong electoral reform, claiming that the individuals sanctioned "have reduced Hong Kong's high degree of autonomy," according to the press release by the US Department of State on Wednesday, one day ahead of the Anchorage meeting.

Blinken said the US identifies 24 "officials whose actions have reduced Hong Kong's high degree of autonomy, including 14 vice chairs of the National People's Congress Standing Committee and officials in the Hong Kong Police Force's National Security Division, the Hong Kong and Macao Affairs Office, and the Office for Safeguarding National Security."

The Chinese officials sanctioned include Wang Chen, vice chairman of the National People's Congress Standing Committee, the country's top legislature, and Tam Yiu-chung, a member of the NPC Standing Committee from the Hong Kong delegation, who also took part in drafting the electoral reform.

In response to Blinken's announcement, Chinese Foreign Ministry spokesperson Zhao Lijian said China firmly opposes and strongly condemns the US latest sanctions, and has taken necessary countermeasures against the US move.

"The sanction has exposed the evil intention of the US to meddle in China's internal affairs, create chaos in Hong Kong, and interrupt China's stability and development," Zhao said at a regular press conference on Wednesday.

Chinese experts said Hong Kong is under the sovereignty of China, and no matter what the US does, China will unswervingly push forward its reform. They added that releasing the move before the talks with Chinese senior diplomats in Anchorage, Alaska, means that the US has no sincerity in solving problems despite inviting China for the talks. It showed a very contradictory and problematic position from the US side.

Yang Xiyu, a former Chinese diplomat and senior research fellow at the China Institute of International Studies in Beijing, told the Global Times that "even if 1,400 officials get sanctioned by the US, China will unswervingly push forward its reform and governance in Hong Kong. Because Hong Kong is under China's sovereignty, there is nothing that the US can do to stop China from governing its own city."

"It's not worth taking any of those [US] moves into account," Tam told the Global Times on Wednesday shortly after the sanctions were announced.

Tam told the Global Times in an earlier interview that the central government will receive criticism and pressure from the West, but hopes that after the electoral reform for the city, Hong Kong will no longer have to experience political turmoil every two to three years. "The central government has already fully evaluated the price that it needs to pay when it comes to geopolitical pressure," Tam said.

Diao Daming, an expert on US studies at Renmin University of China in Beijing, said that "it was the US that sent the invitation to China, so it means US leaders know that they need to fix the ties. It wasn't China begging for a meeting with the US. It seems like US decision-makers are still struggling on how to deal with China" which is why they will show such contradictory and problematic signs ahead of the Anchorage meeting.

China has already been identified as a strategic competitor of the US, but China always believes that it has the capability to effectively manage the divergences and avoid the Thucydides trap, analysts said, adding that China's maturity comes from its rising national power and confidence, which gives it more resources to deal with the US.

Yang said although the meeting with the US would very likely be another round of wrangling, China is still willing to attend it, which means China is being much more mature than the US on managing divergences and has more sincerity in fixing bilateral ties.

"In history, before every historic achievement in China-US relations, there were a series of frictions and dialogues, as both sides needed to overcome numerous obstacles. We don't expect any historic progress in just one meeting, but the 2+2 dialogue in Alaska would at least open a door for the normalization of the ties, even if wrangling still happens. China has patience," Yang said.