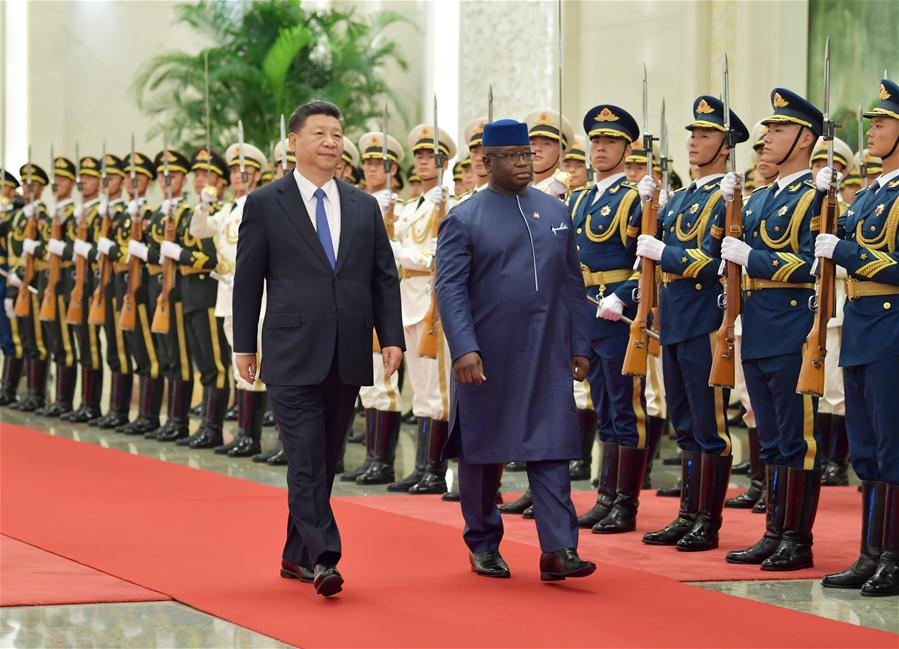 Chinese President Xi Jinping holds a welcome ceremony for Sierra Leonean President Julius Maada Bio before their talks at the Great Hall of the People in Beijing, capital of China, Aug. 30, 2018. (Photos: Xinhua)

Bio is on a state visit to China and will attend the upcoming 2018 Beijing Summit of the Forum on China-Africa Cooperation (FOCAC).

Since the establishment of diplomatic relations 47 years ago, China and Sierra Leone have always been good friends who stand together through thick and thin, and share weal and woe, Xi said.

He recalled that the two countries' joint fight against the unprecedented Ebola epidemic has become well-known throughout the international community, and Sierra Leone was one of the countries supporting the People's Republic of China in restoring its lawful seat in the United Nations.

China will never forget old friends, he added, stressing that developing solidarity and cooperation with African countries has always been an important basis of China's foreign policy and this principle will not change because of China's own development and its rising international status.

The Chinese president also called on the two countries to continue their mutual support on multilateral occasions, and promote stable and further development of bilateral relations.

He said China has provided valuable assistance in Sierra Leone's economic and social development and stressed that the country's people will never forget the fact it was China that took the lead in providing assistance during their most difficult time in combating Ebola.

Bio said that Sierra Leone is willing to learn from China's development experience, promote bilateral ties, actively participate in the Belt and Road construction, and deepen cooperation with China in various fields. Bio said his country is committed to enhancing communication and coordination with China in multilateral affairs, so as to safeguard the legitimate rights of African countries.

After the talks, the two presidents witnessed the signing of some cooperation documents. 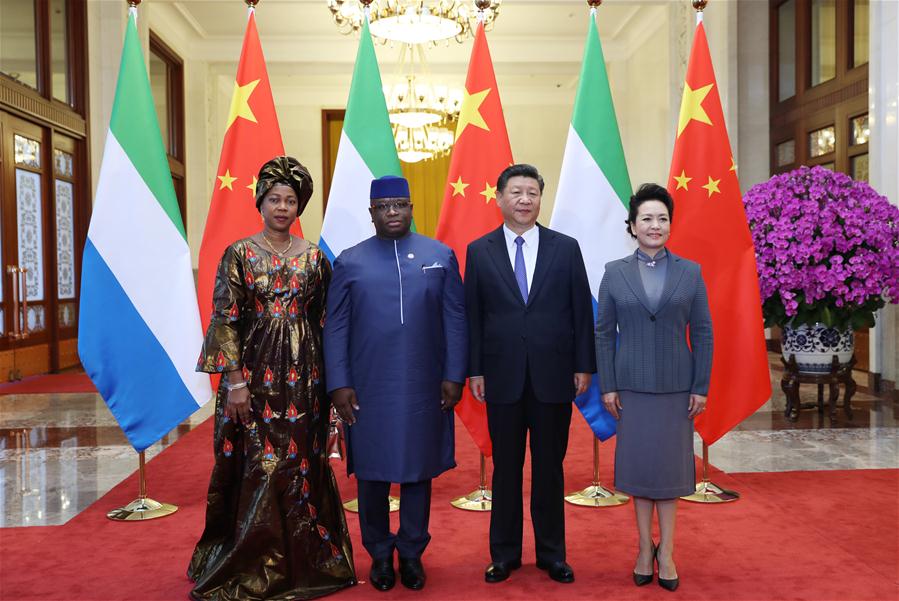 Chinese President Xi Jinping (2nd R) and his wife Peng Liyuan (1st R) pose for a group photo with Sierra Leonean President Julius Maada Bio (2nd L) and his wife in Beijing, capital of China, Aug. 30, 2018. Xi held talks with Bio at the Great Hall of the People in Beijing on Thursday. 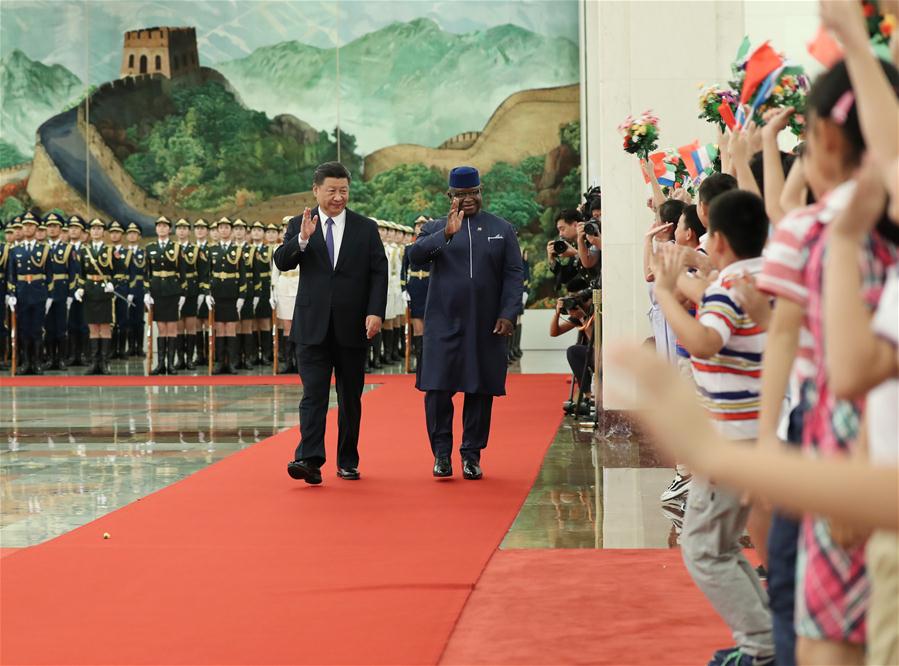 Chinese President Xi Jinping holds a welcome ceremony for Sierra Leonean President Julius Maada Bio before their talks at the Great Hall of the People in Beijing, capital of China, Aug. 30, 2018.