Starting Feb 1, Chinese citizens abroad will be able to apply for the replacement or reissue of their passports at any overseas Chinese embassies or consulates, said the Director-General of the Foreign Ministry's Department of Consular Affairs Cui Aimin on Friday in what appears to be a drive to make accessing passports easier among overseas Chinese. 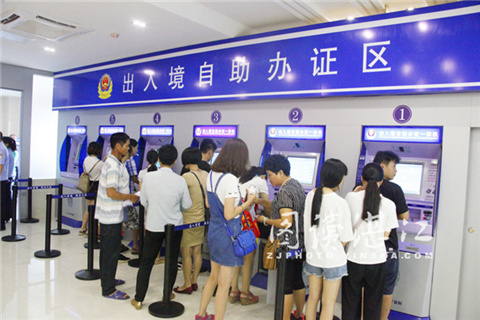 Chinese nationals wishing to renew expired passports would only need to provide their original passport and a declaration of their nationality along with all the other standard items, such as application forms and photos. If a Chinese national loses or damages their passport while abroad, an additional description of the loss or damage is requested.

In the past, Chinese citizens who lost or damaged their passport during a short stay abroad, no more than 180 days, would have only been issued a travel permit to return. The new arrangement removes this restriction and allows embassies and consulates the ability to issue a new passport upon request.

Cui also said the ministry plans to provide a variety of Internet plus services for the convenience of Chinese citizens abroad through Chinese embassies and consulates with the assistance of new technologies. Some overseas Chinese embassies and consulates have already made online booking available for marriage registration. So far, more than 200 overseas Chinese couples have registered their marriages through online booking services.

The new changes also safeguard the safety and rights of Chinese nationals and enterprises abroad. In 2019, the ministry and Chinese embassies and consulates abroad cumulatively handled around 79,000 consular protection cases and nearly 10 million consular documents.

Noting that the total number of consular protection cases declined in 2019 compared with the previous year, Cui said the change reflects the continuous improvement of Chinese citizens' awareness of overseas risks.

China's visa-free agreement with Armenia will also take effect on January 19, making Armenia the 15th country to achieve a comprehensive visa-free status with China. Under the agreement, Chinese citizens can travel to 71 countries and regions in the world visa-free or obtain a visa upon arrival with ordinary passports.

"We understand that the weight of the Chinese passport is far from meeting our expectations," Cui said. "We will carry on working hard to make sure everyone can go out whenever they want to."