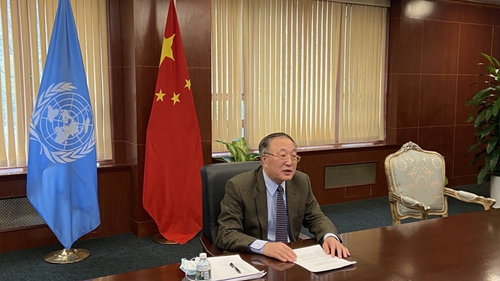 China expressed strong indignation and firm opposition towards the U.S. Mission to the United Nations, which via Twitter gave open support to the Taiwan region for participating in the UN, the Chinese Mission said on Friday.
"This is a serious violation of Resolution 2758 of the UN General Assembly, the three joint communiques between China and the United States and China's sovereignty and territorial integrity," the Chinese Mission said.
"It gravely interferes with China's internal affairs and deeply hurts the feelings of the 1.4 billion Chinese people," the Chinese Mission said, adding that the government of the People's Republic China is the sole legal government representing the whole of China, and Taiwan is an inalienable part of China.
China strongly urged the United States to abide by the one-China principle and immediately stop backing the Taiwan region, politicizing, and undermining international response to the pandemic.