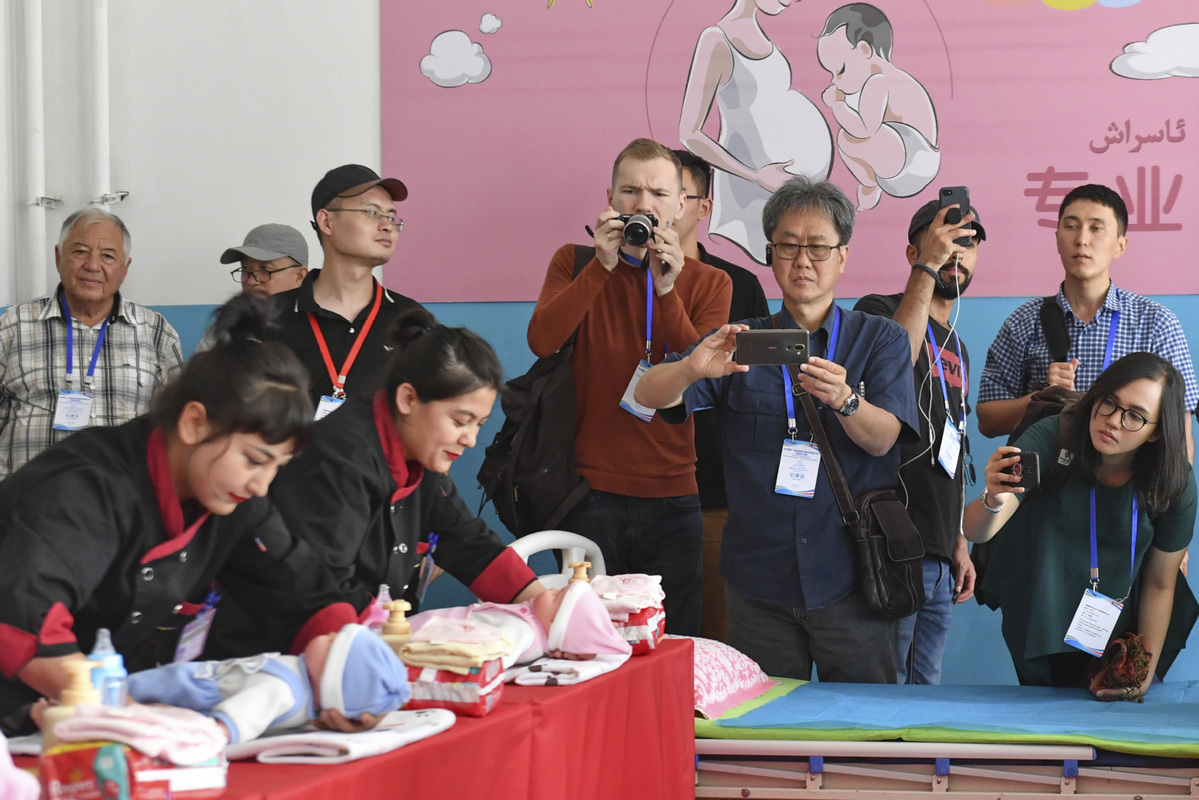 The terrorists even made capital of innocent women and children to help fulfill their ugly purposes, as some impressive footage showed how a terrorist forced his child to learn how to use handgun, and also how brainwashed children remotely controlled an explosive denoted a police car model.

The terrorists' moves in Xinjiang are heinous, both imperiling the stability and security in Xinjiang and undermining the shared safety between countries, said Hua.

Many people at home and abroad have voiced their opposition to Western media's biased reports on Xinjiang. "I call on those media agencies to thoroughly reflect on them and hope they can take responsibility and strive to bring the public objective facts rather than misguided stories," added Hua.