BEIJING, Sept. 21 (Xinhua) -- China and the Solomon Islands signed a joint communique in Beijing Saturday on the establishment of diplomatic relations.

The communique was signed by Chinese State Councilor and Foreign Minister Wang Yi and Solomon Islands' Minister of Foreign Affairs and External Trade Jeremiah Manele after they held talks. 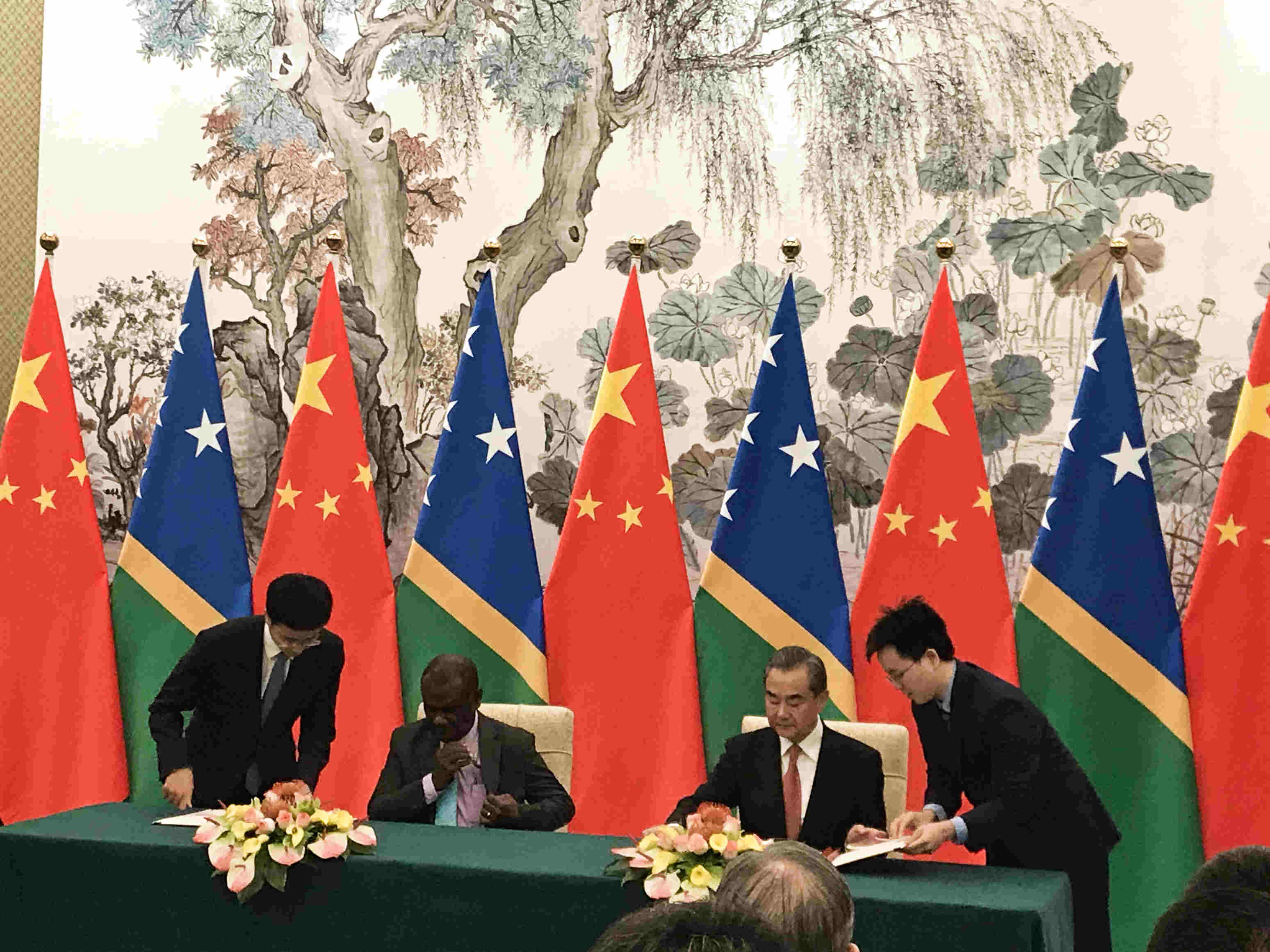 The People's Republic of China and the Solomon Islands, in keeping with the interests and desire of the people of the two countries, have decided to recognize each other and establish diplomatic relations at the ambassadorial level effective from the date of signature of this communique.

The two governments agreed to develop friendly relations on the basis of the principles of mutual respect for sovereignty and territorial integrity, mutual non-aggression, non-interference in each other's internal affairs, equality, mutual benefit and peaceful coexistence.

Prior to the signing of this communique, the government of the Solomon Islands announced in a statement that it recognized the one-China principle and severed so-called “diplomatic ties” with Taiwan authorities.