KUNMING, Nov. 24 (Xinhua) -- As the global economy continues to grapple with the impacts of the COVID-19 pandemic and other uncertainties, China has honored its promise to steer global development toward a new stage of balanced, coordinated and inclusive growth. 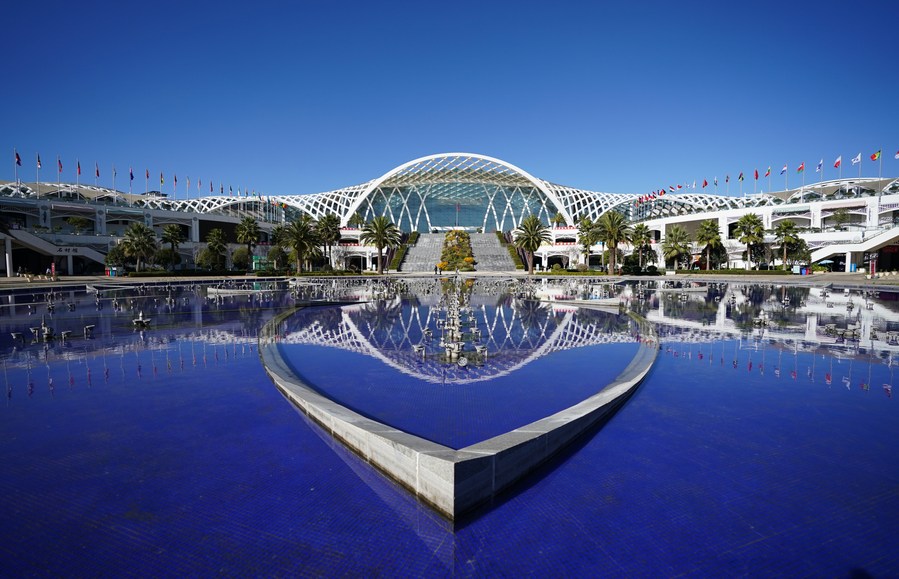 This photo taken on Nov. 19, 2022 shows a view of the Kunming Dianchi International Convention and Exhibition Center, the venue for the 6th China-South Asia Exposition in Kunming, southwest China's Yunnan Province. (Photo: Xinhua)

In his congratulatory letter to the sixth China-South Asia Exposition, President Xi noted that in recent years, China and the South Asian countries have deepened practical cooperation in all aspects, and that the trade and economic exchanges have maintained a sound momentum, bringing benefits to people of all countries.

China is willing to work with all countries, with the China-South Asia Exposition being a platform, to foster consensus on enhancing solidarity and cooperation and pursuing development, create more growth drivers in cooperation, advance the high-quality development of the Belt and Road cooperation and implement the Global Development Initiative, so as to build a more prosperous and brighter future together, Xi said.

During the sixth China-South Asia Exposition held from Nov. 19 to 22 in Kunming, capital of southwest China's Yunnan Province, contracted investment projects worth over 600 billion yuan ($84.27 billion) were inked.

Since the first China-South Asia Exposition in 2013, 3,331 projects have been inked, with a total value of over 4.3 trillion yuan, according to official data. The event has become an increasingly influential platform for economic and trade cooperation and people-to-people exchanges between China and South Asian countries.

Over the past decade, the exposition has seen the number of exhibition halls rise from six to 13. The exhibition area has more than doubled to 130,000 square meters.

Over the past decade, the trade volume between China and South Asian countries has almost doubled to reach 187.5 billion U.S. dollars last year.

The bilateral trade between China and Bangladesh, for example, rebounded to 21.4 billion dollars from January to September, up 21.2 percent year on year, noted Li Jiming, Chinese ambassador to Bangladesh.

"As China's zero-tariff treatment to 98 percent of taxable items from Bangladesh took effect in September, Bangladesh is expected to expand exports to China and Chinese people can even taste the flavor of delicacies such as hilsa, which is Bangladesh's national fish," Li said.

Anura, a tea merchant from Sri Lanka, attended every session of the China-South Asia Exposition. "I think international events such as this expo will offer us a bigger platform and more opportunities," Anura said.