China Southern Airlines to cancel round trips between Guangzhou, London for two weeks 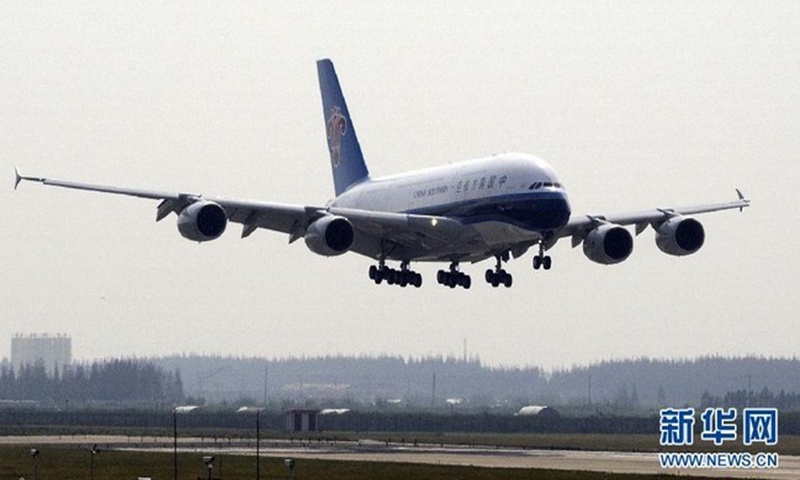 China Southern Airlines said on Wednesday that it will suspend round trips between Guangzhou, South China’s Guangdong Province and London for two weeks due to COVID-19 control measures.

It is the first airline in the Chinese mainland to make such a move regarding the UK.

According to cctv.com, China Southern said it will cancel flights from Thursday to January 7.

Currently, there are eight non-stop flights between the Chinese mainland and the UK every week, as British Airways and Virgin Atlantic each operate two flights a week, and four Chinese mainland airlines – Air China, China Eastern Airlines and China Southern Airlines, and Beijing Capital Airlines – fly once a week.

Sichuan Airlines said on Tuesday that it will suspend passenger services departing from the UK to China via a third country from Wednesday.

Hong Kong-based Cathay Pacific Airways said on Monday that it cancelled passenger flights to the UK from Monday until January 10.

Data from Flymaster showed that there were three airports used by Chinese flights landing in the UK before the pandemic, but now only Heathrow airport remains. The number of inbound airports in China has been reduced to three from 13 before the pandemic.

From December 1 to December 20, there were 27 flights from the UK to China, down 89 percent from the same period last year, and the passenger capacity was 8,490 seats, down 87.1 percent year-on-year.

China’s civil aviation regulator last week said that it will update its regulations for inbound flights, stating that if five or more passengers test positive for COVID-19, the route in question will be suspended for two weeks, one week longer than the previously required suspension time.

Airlines will still be suspended for four weeks if 10 or more passengers test positive, the same as the previous standard set in June.