China pursued a "Zero Window" launch for the Wentian mission, referring to a launch at a pre-determined optimal time to reach its intended target, sending the lab module of Wentian to dock with the core module Tianhe of the under-construction China Space Station. 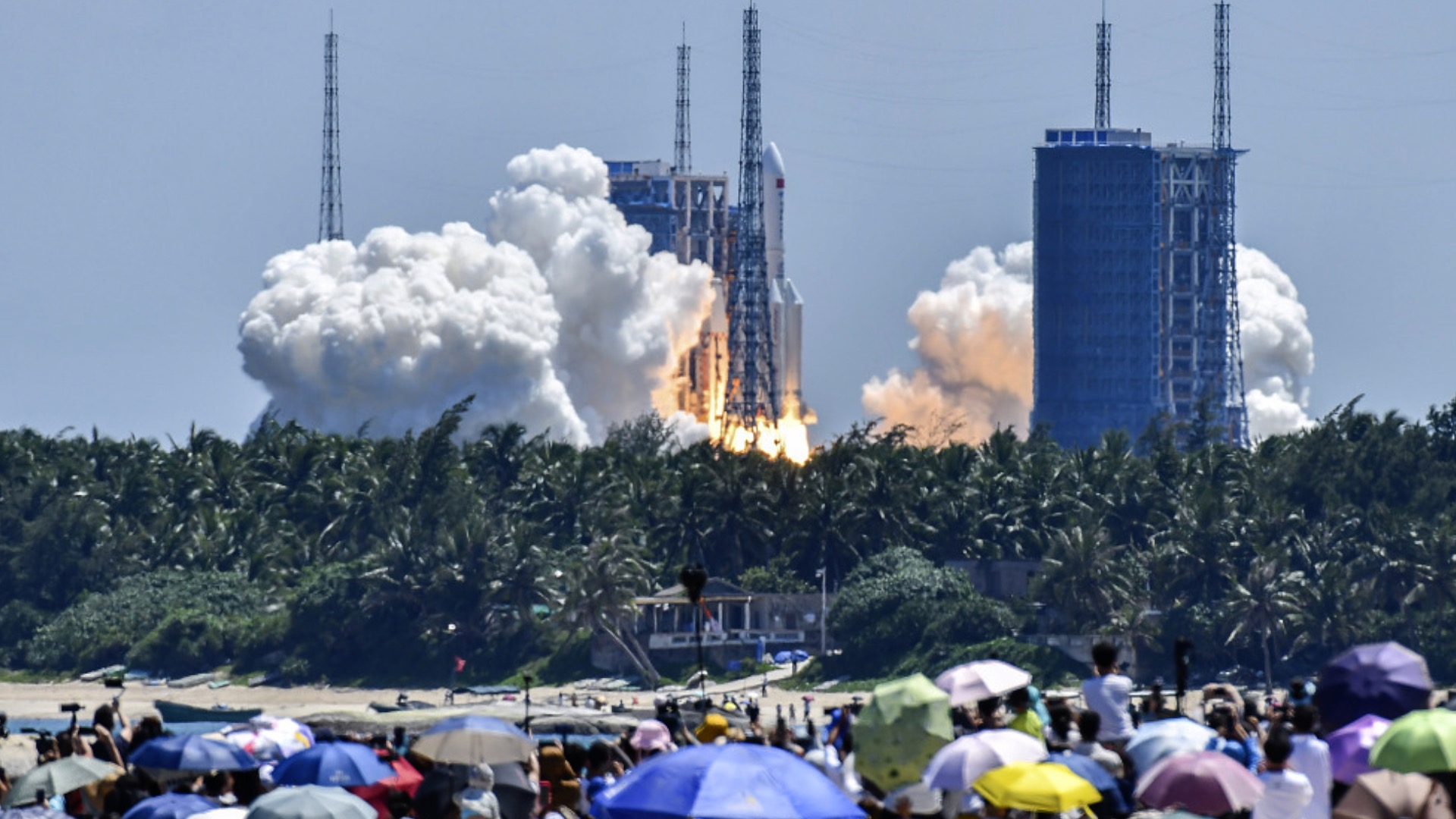 If a "Zero Window" launch is not achieved on time, the mission must be delayed until the next launch window.

The Long March-5B Y3 (LM-5B Y3), China's most powerful carrier rocket with a giant size and complicated system, carrying Wentian (which means "quest for the heavens") blasted off from the Wenchang Spacecraft Launch Site on the coast of the southern island province of Hainan at 2:22 p.m. on July 24, 2022, according to the China Manned Space Agency (CMS).

Massive preparations have been made to secure the first successful "Zero Window" launch mission of the Long March-5B in a precise time window.

How difficult is a 'Zero Window' launch?

Zhong Wenan, chief engineer of Xichang Satellite Launch Center, told China Media Group (CMG) that this launch was the first time for the Long March-5B to perform a rendezvous and docking mission.

"The launch is required to be made in zero second in order to rendezvous and dock with the core module, so the launch time should not exceed one second."

Liu Jinjie, China's first ever female engineer who is responsible for pressing the button to send the rocket into space on July 24, told CMG that "pursuing the 'Zero Window' launch means that I need to familiarize myself more with possible emergency scenarios."

However, for the Long March-5B which has a greater size with extremely complex system and structure, the mission difficulty has been multiplied and much sophisticated preparations are required before the launch.

"'Zero Window' imposes very strict requirements on our rocket and so it must be launched on time," said Yu Menglun, rocket ballistic design expert of China Aerospace Science and Technology Corporation (CASC).

"The time from takeoff to orbiting is strictly controlled, so for our rocket, a set of control strategies has been specially designed to meet this requirement. In general, the efficiency of the launch has been improved, and the lab module can be quickly docked with the core module." 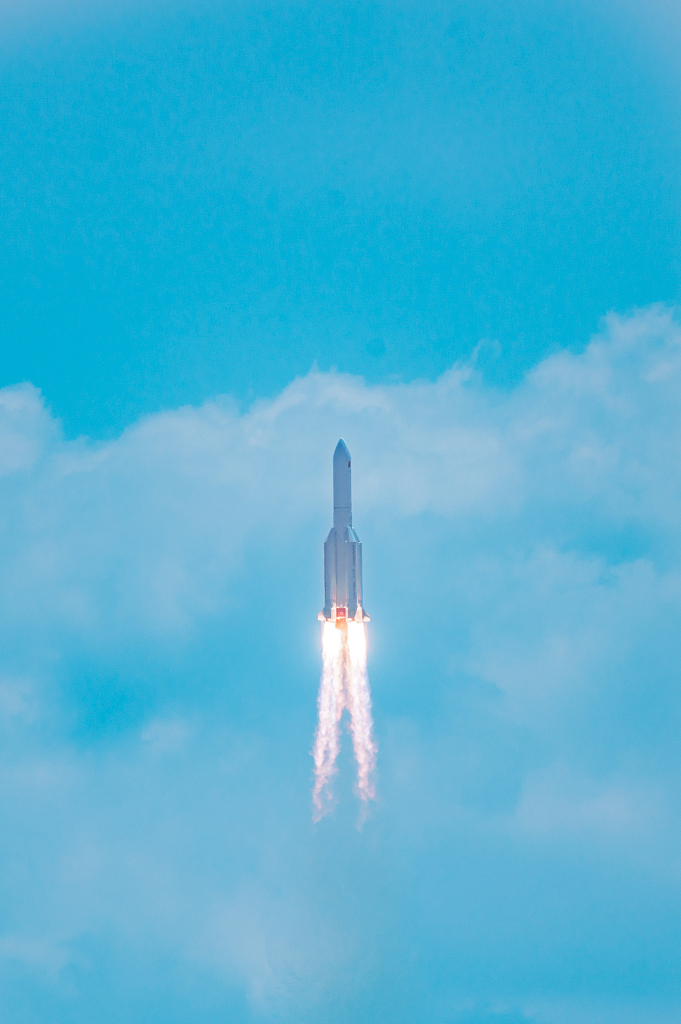 The Long March-5B Y3, China's most powerful carrier rocket, blasts off from the Wenchang Spacecraft Launch Site on the coast of the southern island province of Hainan at 2:22 p.m. on July 24, 2022. /CFP

How does Long March-5B achieve a 'Zero Window' launch?

In order to improve the pre-launch emergency response capability, the launch team formulated more than 1,000 plans, with all of which being verified and tested to cope with any emergencies, according to Zhong Wenan.

Liao Guorui, commanding officer in the mission of Wentian lab module of China's space station, said that his team focused on intensifying training in actual installation operations, composite training, troubleshooting, and emergency response, and effectively improved the ability of personnel to perform tasks so as to ensure the mission status and nodes are well under control, and the launch mission is a complete success. 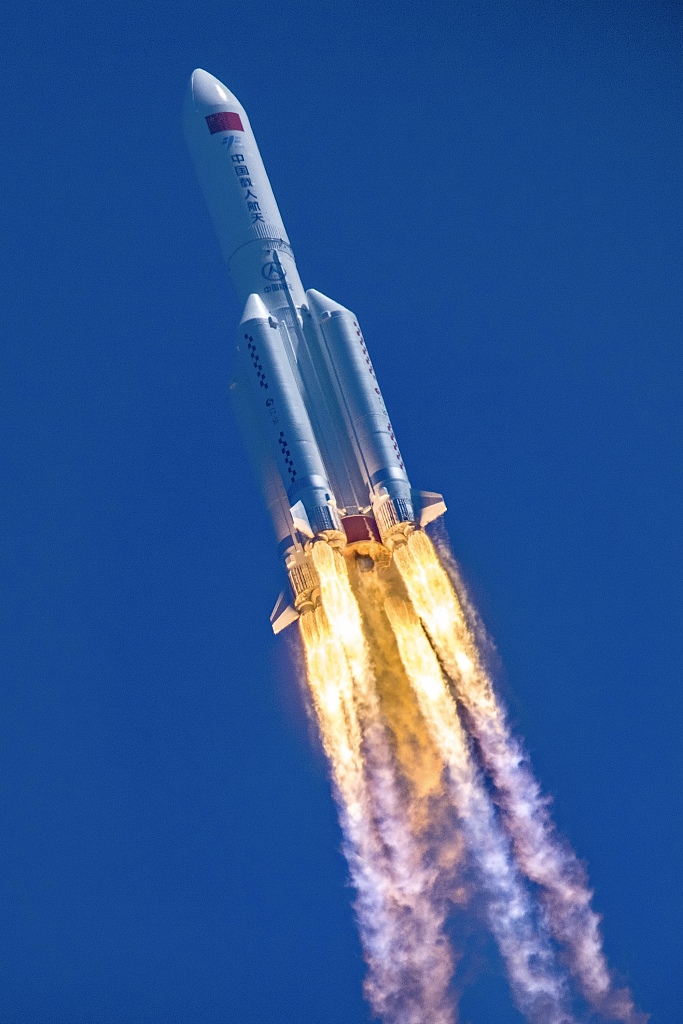 The Long March-5B Y3, China's most powerful carrier rocket, blasts off from the Wenchang Spacecraft Launch Site on the coast of the southern island province of Hainan at 2:22 p.m. on July 24, 2022. /CFP

Huang Bing, deputy chief designer of the Long March-5B carrier rocket mission under the CASC, said that his team had revised and improved a lot of plans for the launch process, and the entire plan has thousands of items to ensure that even if there are some unexpected situations, they can be handled in the shortest time possible.

According to Huang, as there are a lot of unpredictable situations during the launch process and the "Zero Window" mode allows no time error, automatized mechanism has been designed into the rocket, enabling it to choose the optimal flight route independently if anything unexpected happens.

"For example, it's like driving a car. If you miss an intersection, you must re-plan the route if you want to meet with your partner on time according to the original plan. In fact, the trajectory of our rocket has been designed intelligently, so it can actively recover the lost time during the flight," said Huang. 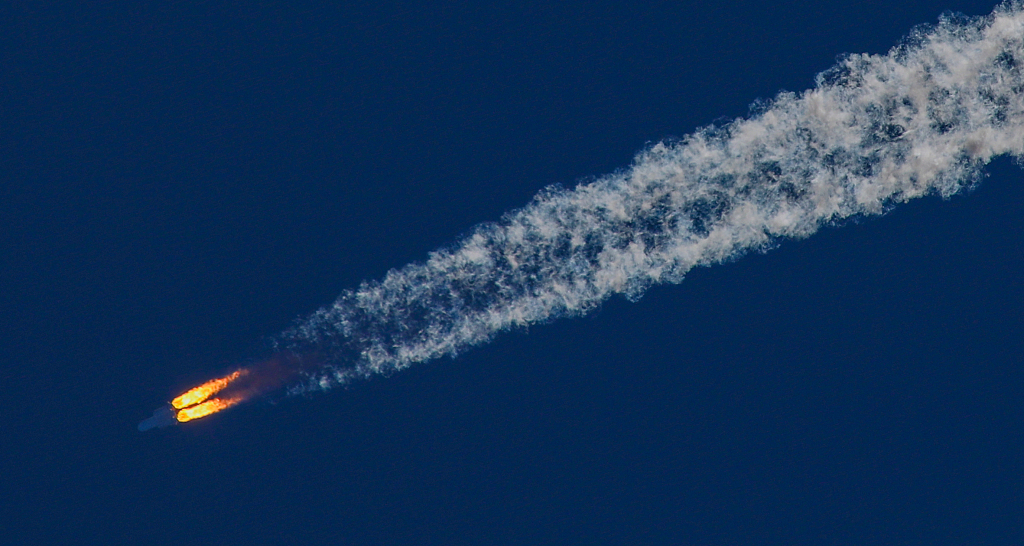 The Long March-5B Y3, China's most powerful carrier rocket, blasts off from the Wenchang Spacecraft Launch Site on the coast of the southern island province of Hainan at 14:22 BJT on July 24, 2022. /CFP

According to the CMS, based on monitoring and analysis, debris from the last stage of Long March 5B's re-entry into the Earth's atmosphere fell into the surrounding sea area located at 119.0 east longitude and 9.1 north latitude around 12:55 a.m. on Sunday, with most of the components burned and destroyed during the re-entry process.

This is the third flight of China's most powerful rocket since its maiden launch in 2020, and the 24th flight mission since the country's manned space program was approved and initiated.

The construction of China Space Station is expected to be completed by the end of this year. By then, the space station will evolve from a single-module structure into a national space laboratory with three modules, consisting of the core module Tianhe, and the lab modules Wentian and Mengtian.