BEIJING, Dec. 24 (Xinhua) -- The Chinese government spent 5.95 trillion yuan ($862 billion) on medical services from 2013 to 2017, with an average annual increase of 11.7 percent, according to a report submitted to the top legislature. 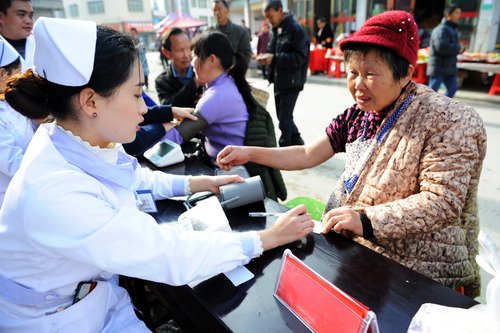 Finance Minister Liu Kun made the report at the bi-monthly session of the Standing Committee of the National People's Congress on Monday.

China's fiscal spending on medical services in 2017 was 1.4 trillion yuan, a 55.5-percent increase from 2013, accounting for 7.1 percent of national fiscal spending.

The report also noted that China's fiscal budget for medical services in 2018 was 1.5 trillion yuan.

The report said that the spending on subsidies for medical insurance registered an average annual growth of 10.6 percent from 2013 to 2017.

Over 84 percent of Chinese people live less than 15 minutes away from medical institutions, it said.

The Ministry of Finance will cooperate with the National Health Commission and other departments to improve the efficiency of medical funds and provide better medical services for the impoverished, Liu said.