BEIJING, March 21 (Xinhua) -- China's Ministry of Finance (MOF) has taken multi-pronged efforts to spur funding for infrastructure construction as the government seeks to restore economic activities that had taken a heavy blow from the novel coronavirus outbreak.

The ministry has quickened fund allocations to local authorities for public infrastructure construction including roads, ports and airports, MOF official Song Qiuling said at a press conference on Saturday.

It has allocated more than 250 billion yuan (about 35.2 billion U.S. dollars) of vehicle purchase taxes, 7 billion yuan of port construction fees and 24 billion yuan of development funds for civil aviation ahead of schedule.

Over 20 billion yuan has been appropriated to the China State Railway Group Co., Ltd. to support work resumption on the railway network, according to Song.

So far, the MOF has allocated 1.85 trillion yuan worth of new local government bonds quotas ahead of schedule this year to shore up the economy, along with a wide range of tax cuts to reduce business burdens.

The MOF also pledged to take further efforts to stimulate the participation of the private capital.

Earlier MOF data showed China's fixed-asset investment declined 24.5 percent year on year in the first two months of 2020 partly due to the epidemic. 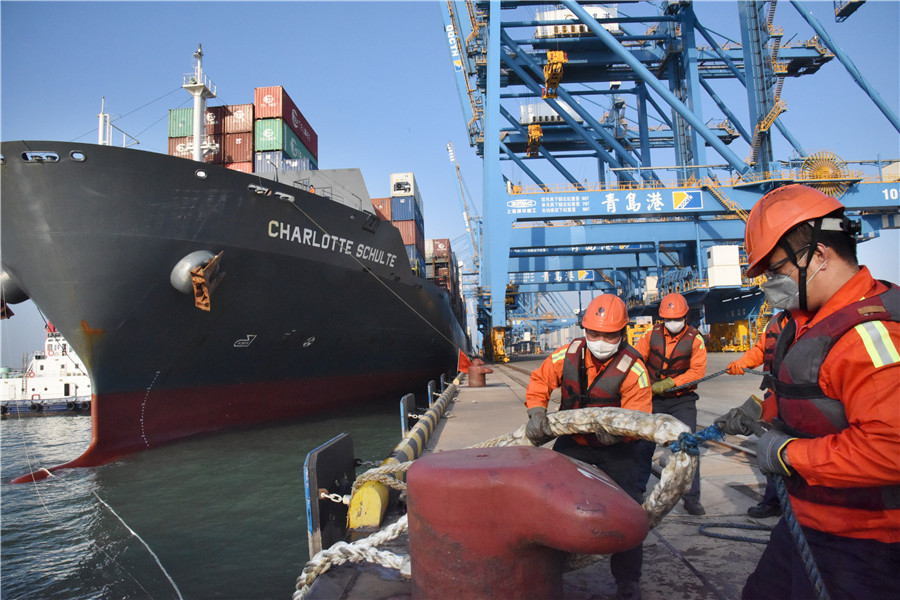