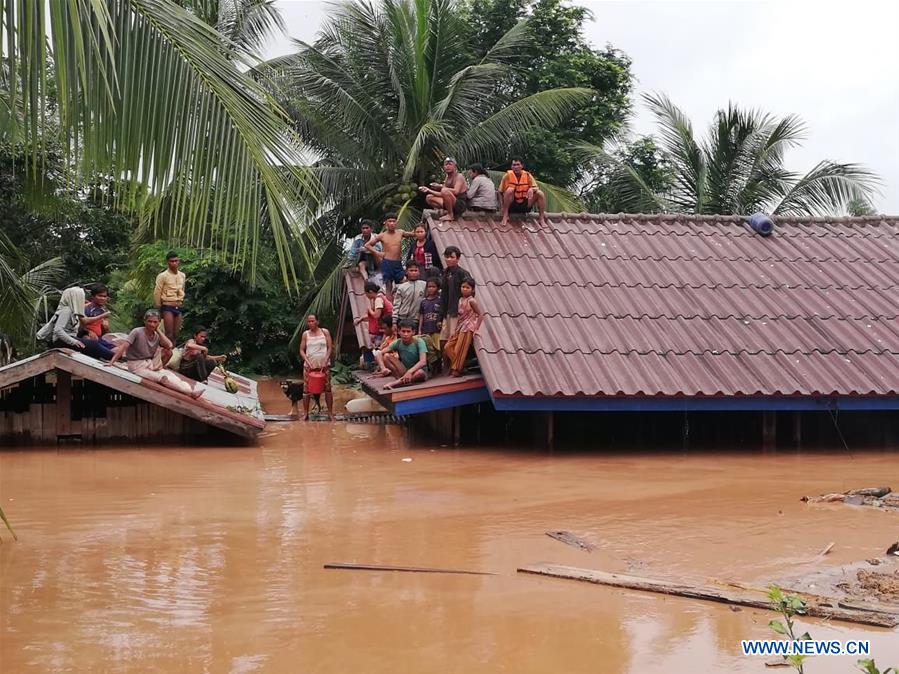 Villagers are seen stranded on rooftops of houses after an under-construction dam collapsed in Attapeu, Laos, on July 24, 2018. At least two people are confirmed dead as of 4:30 p.m. local time (0930 GMT) on Tuesday, and a number of villagers are still missing after an under-construction dam collapsed in southern Laos, state-run online newspaper Vientiane Times quoted a senior provincial official as saying. (Photo: Xinhua)

Spokesperson Geng Shuang made the remarks at a daily press briefing.

"China is maintaining close communication with Laos on disaster relief," Geng said, responding to questions regarding the aftermath following collapse of the dam.

China has expressed sympathy to Laos over the casualties and property losses caused by the accident and offered condolences for the dead, said Geng, expressing hopes that the missing people will be found soon, the injured will have a speedy recovery and people adversely impacted by the disaster will resume normal life as soon as possible.

A dam under construction collapsed late Monday in Attapeu Province, southern Laos, triggering flash flood in seven villages. About 19 people were confirmed dead and 49 others remained missing, according to local media reports