BEIJING, Jan. 1 (Xinhua) -- China on Wednesday began a 10-year fishing ban on key areas of the Yangtze River to protect biodiversity in the country's longest river, according to the Ministry of Agriculture and Rural Affairs. 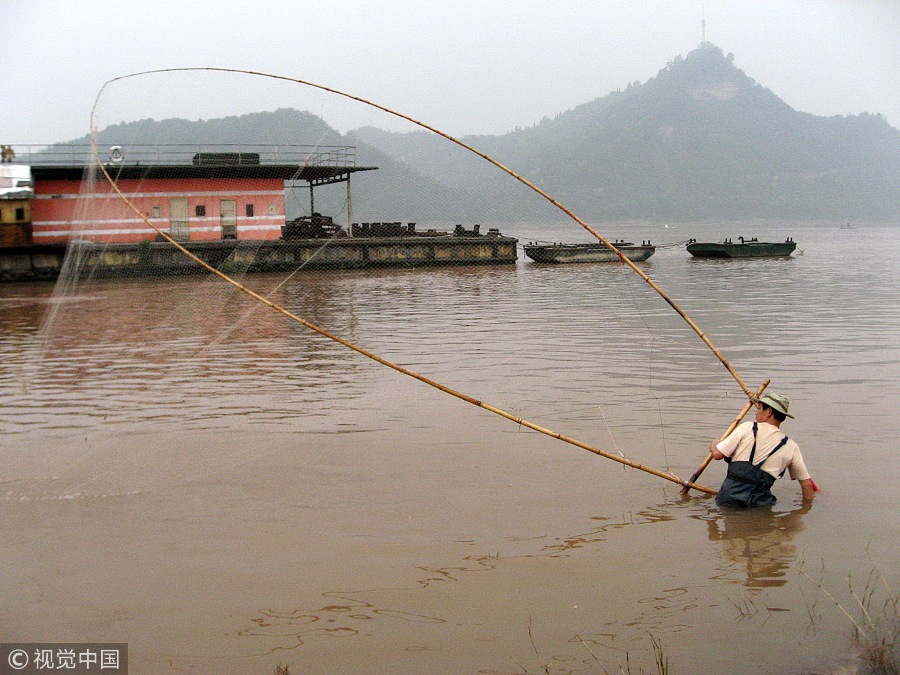 Starting from this year, the ban will be observed in 332 conservation areas in the Yangtze River basin, which will also be expanded to all natural waterways of the river and its major tributaries from no later than Jan. 1, 2021.

Fishing will also be prohibited on natural waterways of large lakes connected to the Yangtze such as the Dongting Lake and Poyang Lake for 10 years starting from no later than Jan. 1, 2021.

Fishing bans will be further imposed on other natural waterways in the Yangtze River basin, said the ministry, the scale and length of which will be subject to the decision of provincial-level fishing authorities.

The fishing moratorium is regarded as a key move fighting depleting biological resources and degrading biodiversity in the Yangtze River, which has long been suffering from human activities such as overfishing, pollution and damming, said Vice Minister of Agriculture and Rural Affairs Yu Kangzhen.

Biological deterioration has reduced fishing activities along the Yangtze as well, which now only produces 0.32 percent of China's total freshwater aquatic products. In recent years, annual catch from the Yangtze has fallen to less than 100,000 tonnes from more than 420,000 tonnes in the 1950s.

The 10-year ban is estimated to affect more than 110,000 fishing boats and nearly 280,000 fishermen in 10 provincial regions along the river. The ministry has promised to provide social security services, financial support and vocational trainings for fishermen who have to find new ways of living.

For instance, fishermen moving ashore could work as patrollers and protectors of the river as members of the team executing the fishing ban, said Yu.

Efforts will also be made to protect rare species and enhance monitoring over aquatic life in the Yangtze, and to improve protection and management strategies in accordance with biological resource restoration progress, according to Yu.