BEIJING, April 30 (Xinhua) -- China has started the military recruiting scheduled for the second half of this year, a military spokesperson said Thursday. 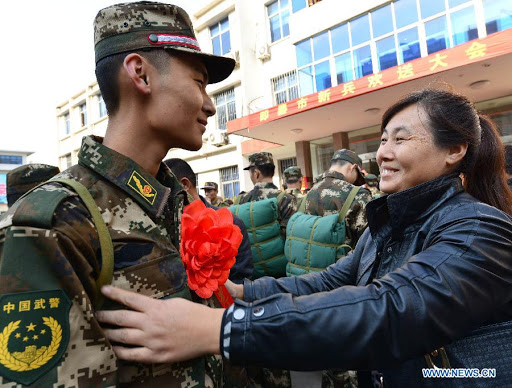 Approved by the State Council and the Central Military Commission, the recruitment scheduled for the first half of this year, which was postponed to support China's epidemic prevention and control work, will be combined with that of the second half, said Wu Qian, a spokesperson for the Ministry of National Defense, at a press conference.

The recruitment runs until Aug. 15, Wu said, noting that applicants can sign up online via www.gfbzb.gov.cn.

Online enrollment for female applicants is scheduled to start from the end of June, he added.

China has changed its military recruitment from once a year to twice a year, starting from 2020. Enditem